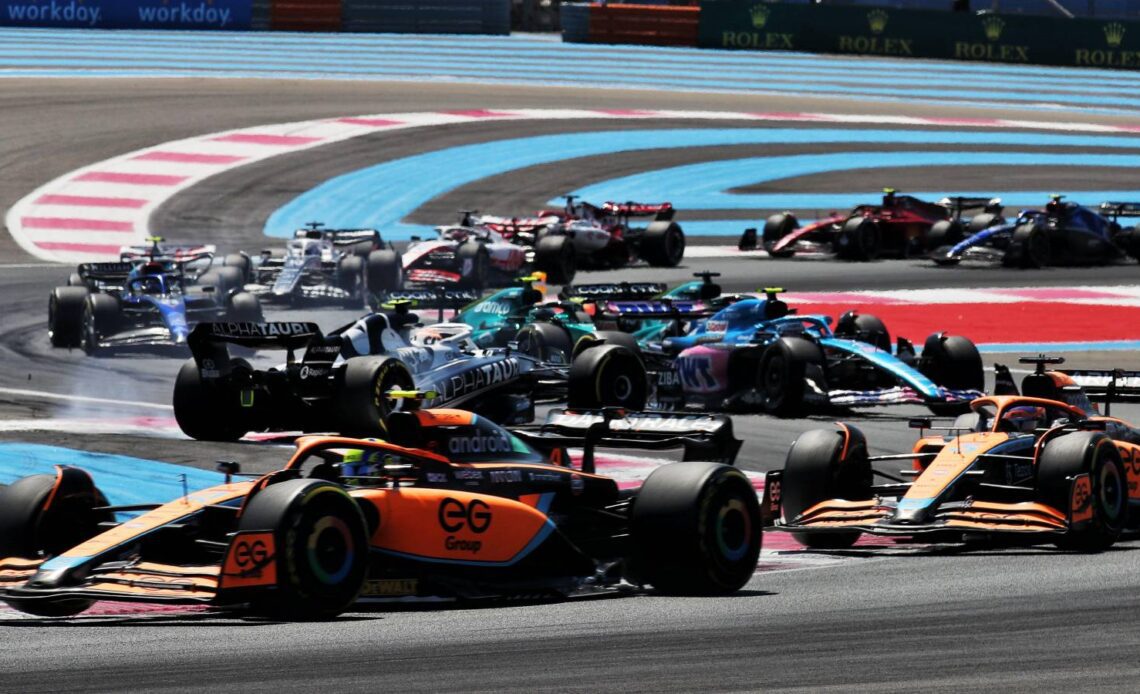 While Pierre Gasly struggled to extract full performance from the upgraded AlphaTauri during qualifying at his home race, Tsunoda had no such troubles, securing P8 on the grid.

But after Alpine driver Ocon sent Tsunoda into a spin at the Mistral chicane, all of that work was undone, Tsunoda saying that the resulting damage meant that he had to retire the car later in the race.

The stewards deemed Ocon responsible for the incident, handing out a five-second time penalty. Tsunoda very much agreed with the stewards.

“The damage was increasing lap by lap, I could feel it clearly when I’m driving,” Tsunoda told reporters at Paul Ricard.

“And also I think for the collision what I had in Turn 8, I think I gave enough space to Esteban, I watched back the onboard and there was clearly room. He lost control in the entry and he smashed into me.

“So looking at the race, I think top eight was possible, so really a shame what happened today.”

But, with the upgraded AT03 seemingly working very well, it was put to Tsunoda that there are positive signs going into the Hungarian Grand Prix next weekend.

The Japanese racer though pointed out that it is the race what counts.

“Well until qualifying it was really good, but the only thing that counts is the race,” he said.

“So we have to perform similar or more in Hungary.”

Ocon was able to recover from the “unfortunate” incident and penalty to record a P8 finish, thus scoring points on home soil for the first time in Formula 1.

With team-mate Fernando Alonso crossing the line P6, Alpine were able to move four points clear of McLaren in the Constructors’ Championship, where they sit P4.

“It’s been a good race, definitely,” said Ocon. “A bit unfortunate the incident with Yuki because probably we could have fought with Lando [Norris] towards the end of the race.

“Other than that, it’s good to score points with both cars, we overtook McLaren in the Constructors’ Championship which is quite good, and on a weekend where it was not our best weekend on our side, I think we can be happy with how it’s gone.”

Hungary last season was the scene of Ocon’s first and as it stands only Formula 1 victory, so one year on, he is looking forward to returning to…