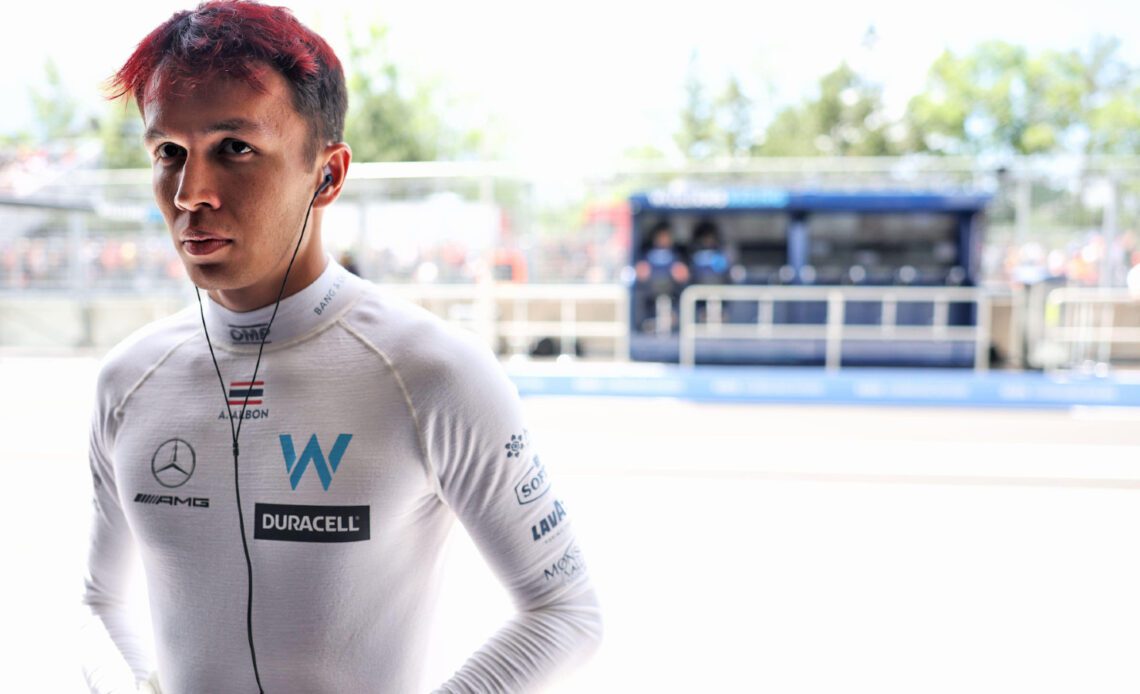 Alex Albon has described the moment he and Carlos Sainz almost made contact in the Paul Ricard pit lane as “chaos” after the Spaniard was given a penalty.

Following Charles Leclerc’s early exit from the French Grand Prix, the Safety Car was deployed and as a result many of the cars dived into the pits for the chance of a cheap stop for fresh tyres.

Sainz and Albon were among those but the Ferrari man almost hit the Williams as his car was released.

In what proved a very close shave, the scene could have turned ugly as not only did Sainz come within centimetres of crashing into Albon but also a McLaren mechanic.

Sainz was slapped with a five-second penalty by the stewards, which the team chose to serve at a less than opportunistic point later in the race, and could only manage a P5 finish.

Speaking about the incident, Albon said that despite the unusual length of the Paul Ricard pit lane, it was “chaos” at the time.

“I felt it was a bit marginal,” he told reporters.

“It was just one of those things. Weirdly, for such a long pit lane it’s actually a very tight pit lane and it makes sense now why [the limit] is 60kmh. At the time it was chaos. It felt like NASCAR!”

Albon finished outside of the points for the seventh time in as many races, ending up P13. He said he believed he had been in contention for most of the race but his tyres fell away.

“It was tricky out there but more enjoyable,” the 26-year-old said. “We were in contention for most of the race and were looking close to the points – we were a bit down on pace and were using a lot of the tyres to try to stay close and it just fell away from us towards the end.

“We’ll look at the data and hopefully we can improve week on week as we were quite quick in qualifying. We’ll look at it and see what we can do better for Hungary.”

It was a less enjoyable day for Albon’s team-mate Nicholas Latifi, who retired and was accused of not giving Kevin Magnussen enough space in an incident.

The Canadian, however, felt it was more of a racing incident.

“I haven’t seen a replay yet so you always have one perspective from in the car, when you think you’re not at fault for sure,” he said.

“I went for the move up the inside at Turn 1, we both went a little bit deep. I was quite a bit ahead into Turn 2, it felt like. I felt like I left enough room but again, I have to see the video.