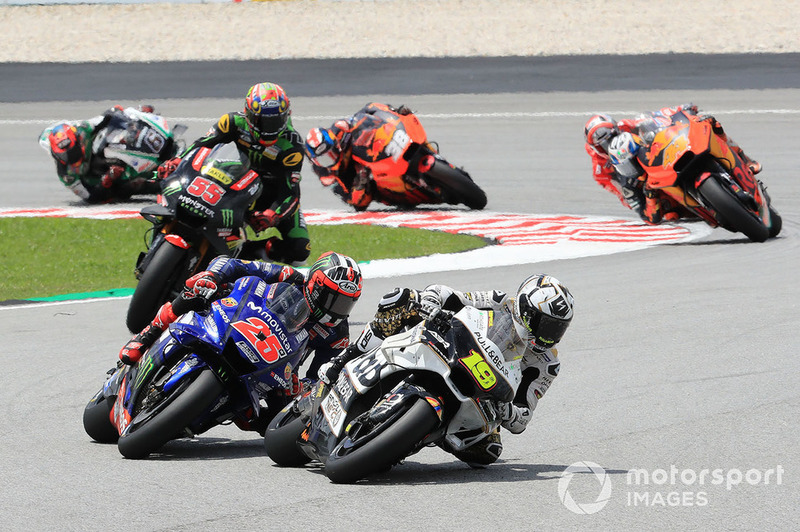 This year’s WSBK campaign has developed into a clear three-way battle between Ducati rider Bautista and last year’s title protagonists, Toprak Razgatlioglu and Jonathan Rea, with the trio having won all 15 races so far between them and shared the podium 10 times.

The picture in MotoGP is somewhat less clear however, with the first half of the season having produced five different race winners, 13 different podium finishers and only one rider with podiums in more than half the races so far, points leader Fabio Quartararo.

It comes against a backdrop of rapid change in MotoGP since Bautista last raced in the series in 2018 before his switch to WSBK the following year.

The Spaniard feels the retirement of Valentino Rossi and other big names has damaged MotoGP’s appeal, and admitted to being confused by the influx of youngsters whose performances range from fighting for wins and podiums to scrabbling for minor points.

“Rossi’s retirement has been an important factor in MotoGP, but there’s also been a very rapid generational change,” Bautista said in an interview with Motorsport.com’s Spanish edition. “In two or three years, there was a huge rush to sign young riders.

“So it’s not just Rossi fans [that have lost interest], it’s the fans of other riders, myself included, who have been replaced by young and inexperienced riders. Now I understand MotoGP less and less. Some riders fight for victory one week, and the next time not.

“Nowadays, with so much technology on the bikes, the rider makes less of a difference. Many riders are coming from Moto2 and are fast straight away, which was impossible when I was riding. Back then, finishing in the top five really felt like a win. You had Casey Stoner, Valentino Rossi, Dani Pedrosa, Marc Marquez…  big-name riders on factory bikes.

“Not to take credit away from any rider, but the bikes are so similar now I don’t think the rider is that important. That’s what I think after being out of MotoGP for three years.”

However, Bautista was keen to single out the efforts of compatriot and former 125cc teammate Aleix Espargaro, who sits second in the standings behind Fabio Quartararo having scored Aprilia’s first premier-class win earlier this year in Argentina.

“I started the Aprilia project in 2015, so he is following that path and I am happy for him,” said Bautista of Espargaro, who has…