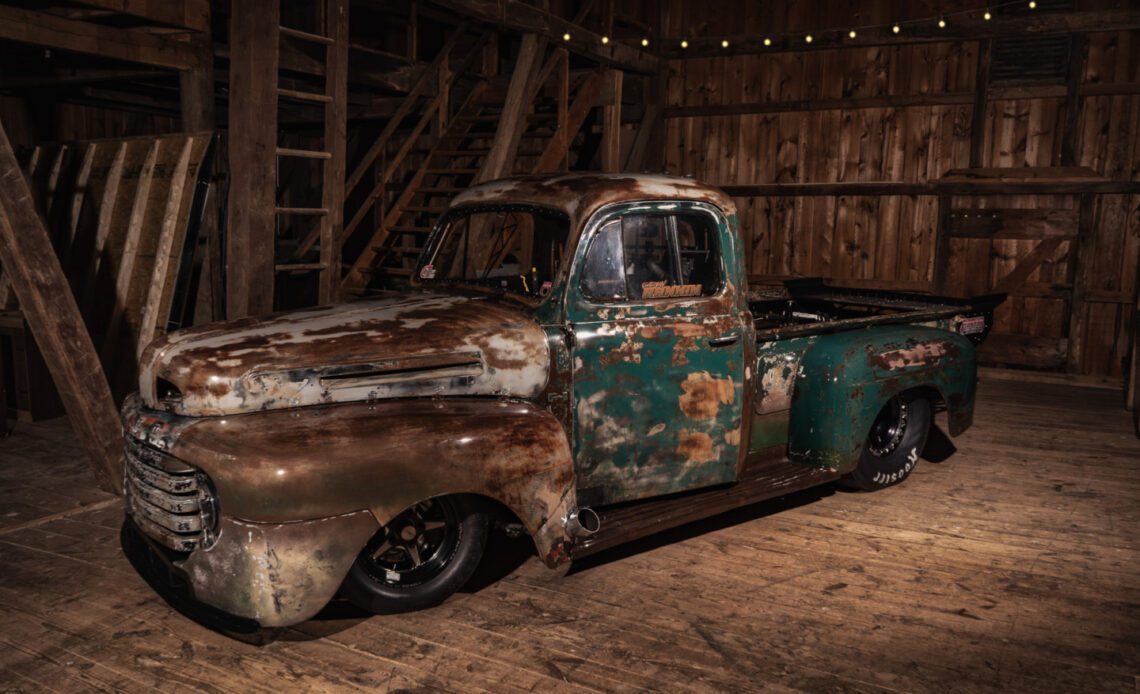 Everyone has their dream car build that they’ve thought of while sitting in traffic or during a boring meeting. We plan every detail of these fantasy builds out and hope we’d get the chance to make them a reality. Caden Rankin based his dream build around a European Ford, but he ended with a wicked 1949 Ford F1 truck that’s ready to tear up the small tire no prep racing scene.

Caden’s racing career started on two wheels at the motocross track when he was just five years old. After rising through the ranks to a Club C rider level, Caden’s parents got him a Jr. Dragster to race in the 8.90 index class. Eventually, Caden started racing his father’s first car, known as “Entrylevel,” where he earned his Jr. Street license. Caden graduated from “Entrylevel” to his father’s nasty CTS-V, where he has logged even more seat time.

The time finally came for Caden to get a race car of his own, and he had a specific vehicle in mind. The problem was, that car was never sold here in the United States, and that forced Caden to move to plan B.

“So, this truck was my second choice for the build. My first choice was a 1971 Ford Escort MK1 from Europe. My dad and I couldn’t find one for a reasonable price and in good condition to import, so I decided to look at Ford F1 trucks instead. We found a 1949 F3 truck during our search in Oklahoma. My dad and grandfather went and picked it up, but we ended up sitting on it for a while when we realized it wasn’t the perfect fit for what we wanted to build. We continued looking for a truck and ended up finding the perfect 1949 F1 within 30 minutes of our house,” Caden says.

The classic Ford was taken to Joe Piraino at Piranha Fabrications so it could be transformed into a fun turbo street truck for Caden to drive. Well, that plan went off the rails and the truck really went under the knife in a big way. The final product is what you see — a 25.2 chassis steel-body truck that’s set up for small-tire no-prep racing. Frank Perrin sprayed the clear coat over the truck’s patina to give it a unique look.

Piranha Fabrications used a set of AFCO double-adjustable struts as the base of the front suspension. The rear suspension features a custom 4-link setup, AFCO double-adjustable shocks, and a fabricated 9-inch rearend filled with parts from Strange Engineering. The rearend is connected to the Wane Rogers-built TH400 transmission and ProTorque torque converter by a PST carbon fiber…