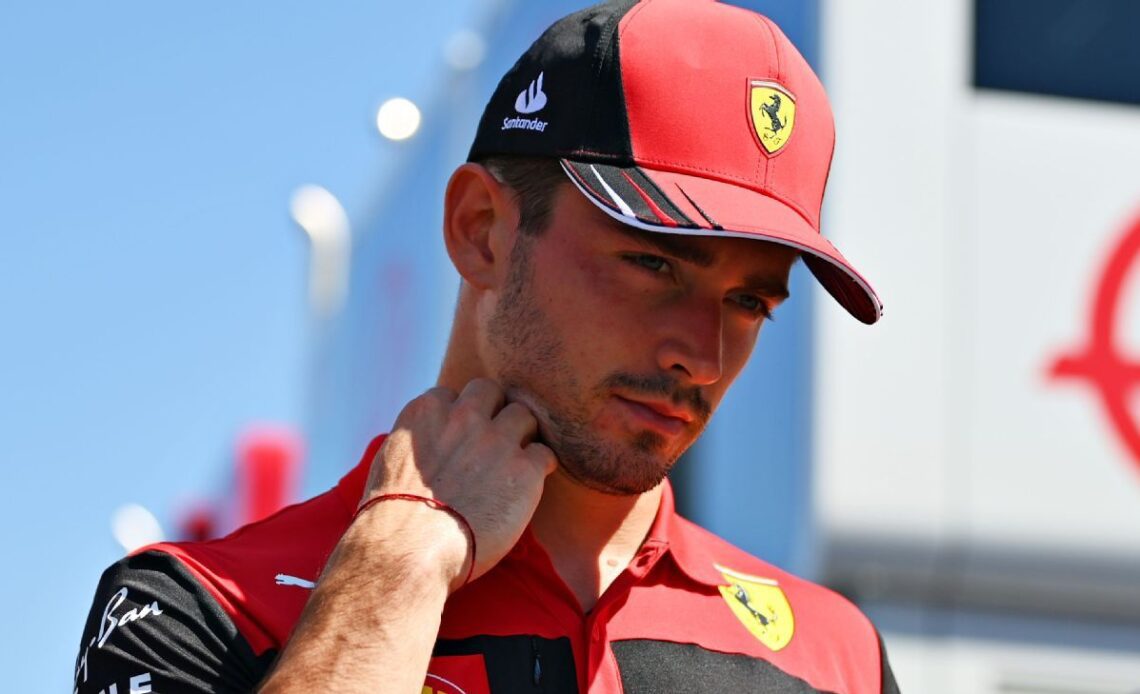 LE CASTELLET, France — The devastation was audible in Charles Leclerc’s voice as he screamed over team radio. His car was nose into the barriers at Turn 11; his championship chances were in pieces.

What made it so difficult to bear was that this moment was on him. On a weekend when his Ferrari looked like a match for Red Bull and was looking on course for victory, he made an unforced error.

“It was just a mistake,” he said. “I tried to take too much around the outside and probably put a wheel somewhere dirty. It’s my fault, and if I keep doing mistakes like this, then I deserve to not win the championship.

“The level is very high this year, I’ve been performing at a high level, but if I keep doing these mistakes, then it’s pointless to be at a high level.”

It’s hard to argue with Leclerc’s assessment. The mistake means Leclerc is now 63 points adrift of Max Verstappen in the championship with 10 races remaining.

Had he not made the mistake and gone on to win the race, he would have cut the gap to the reigning champion to 31 points and successfully deprived Verstappen of a victory for the third consecutive race in a row. The accident felt like a pivotal moment in Leclerc’s title campaign.

Would Leclerc have won without the mistake?

The opening laps of the French Grand Prix were tense as Verstappen’s Red Bull stalked the rear of Leclerc’s Ferrari. Initially it seemed like a matter of time before Verstappen made use of his Red Bull’s superior straight-line speed and steamed past Leclerc with the help of his car’s Drag Reduction System (DRS), but the Ferrari driver was fast in all the right places to hold off the reigning world champion.

The battle was made all the more exciting by the setup decisions of the two teams earlier in the weekend. Ferrari had opted for a high downforce setup, resulting in high cornering speeds but a deficit on the straights, while Red Bull had prioritised straight-line speed over cornering performance with a low-drag setup.

In theory, Verstappen should be able to breeze past the Ferrari on the Mistral Straight, but Leclerc’s speed through Turns 5 and 6 beforehand meant the Red Bull was never quite close enough to get the job done. After several failed attempts, Red Bull looked to take the lead through the pit stops and called Verstappen in for fresh tyres on lap 16 — much earlier than anyone had predicted for a one-stop…