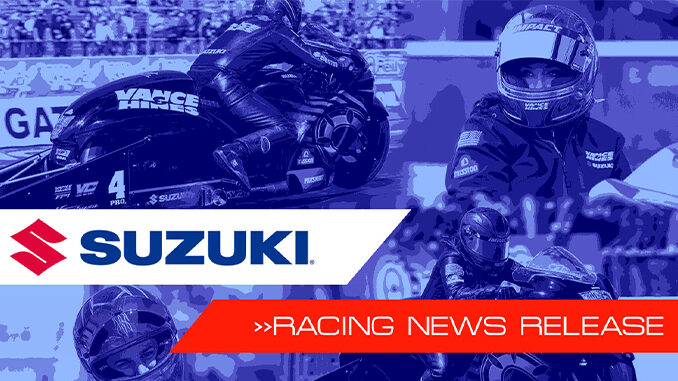 BREA, CA – July 25, 2022 – (Motor Sports NewsWire) – Eddie Krawiec raced his Vance & Hines/Mission Suzuki Hayabusa to his first final round appearance of the season at the DENSO NHRA Sonoma Nationals Sunday, narrowly missing out on his 50th career Pro Stock Motorcycle victory, while his teammate Angelle Sampey jumped to the top of the class points standings.

It was a weekend of strong performances for the Vance & Hines/Mission Suzuki team, with Sampey qualifying in the number one position for the 56th time in her career with a track-record elapsed time of 6.700-seconds at 200.95 mph on Saturday and posting the fastest-ever Suzuki top speed of 202.88 mph in the semi-finals. 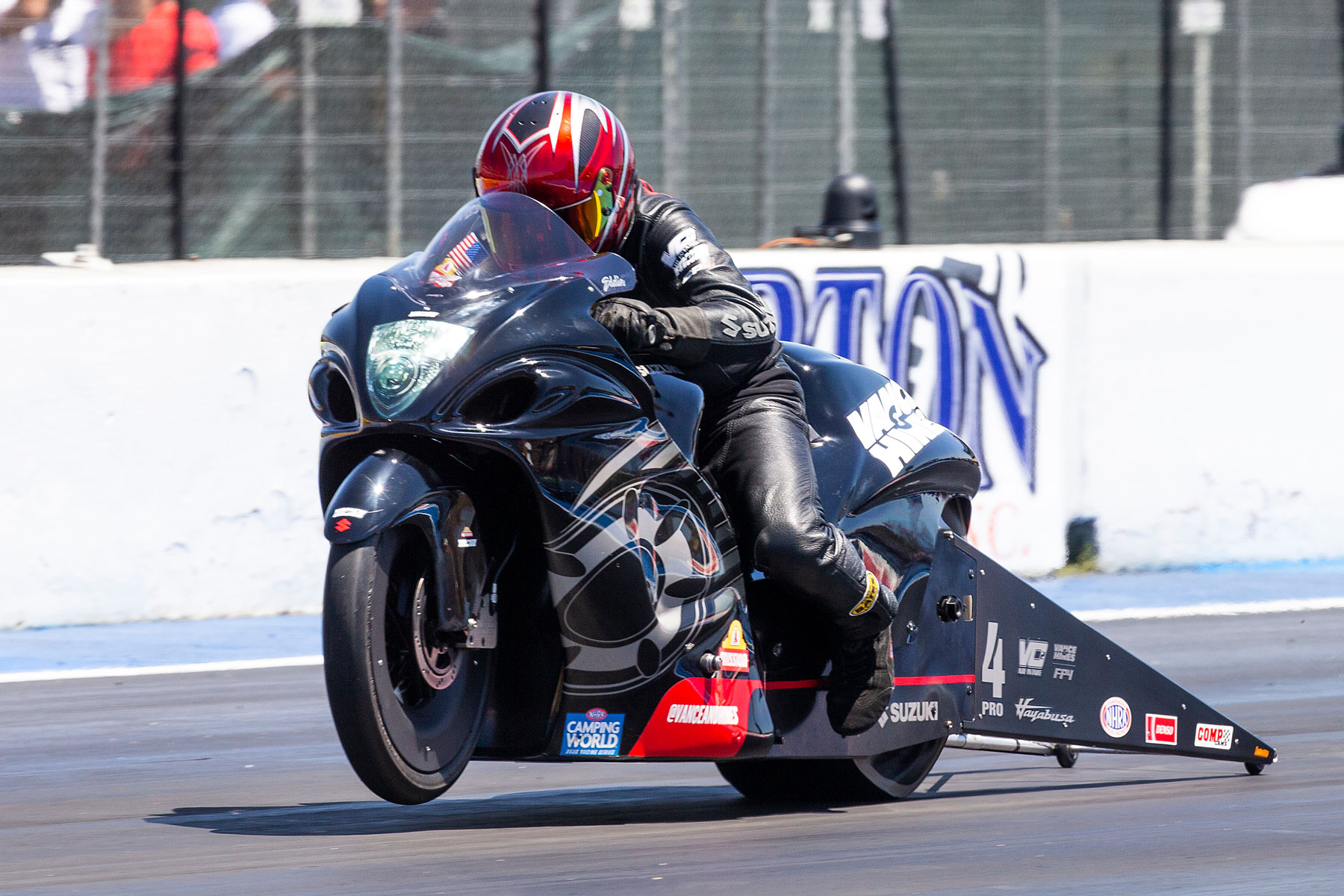 Eddie Krawiec (4) puts the Vance & Hines/Mission Suzuki Hayabusa
into his first final round this season.

In the final round, Krawiec’s 6.758-second/199.67 mph pass came up just short of Gladstone’s 6.759-second/200.68 mph holeshot victory. It was an emotional first career win for Gladstone, who also races a Vance & Hines-powered Suzuki Hayabusa, in his third final-round appearance of the season. 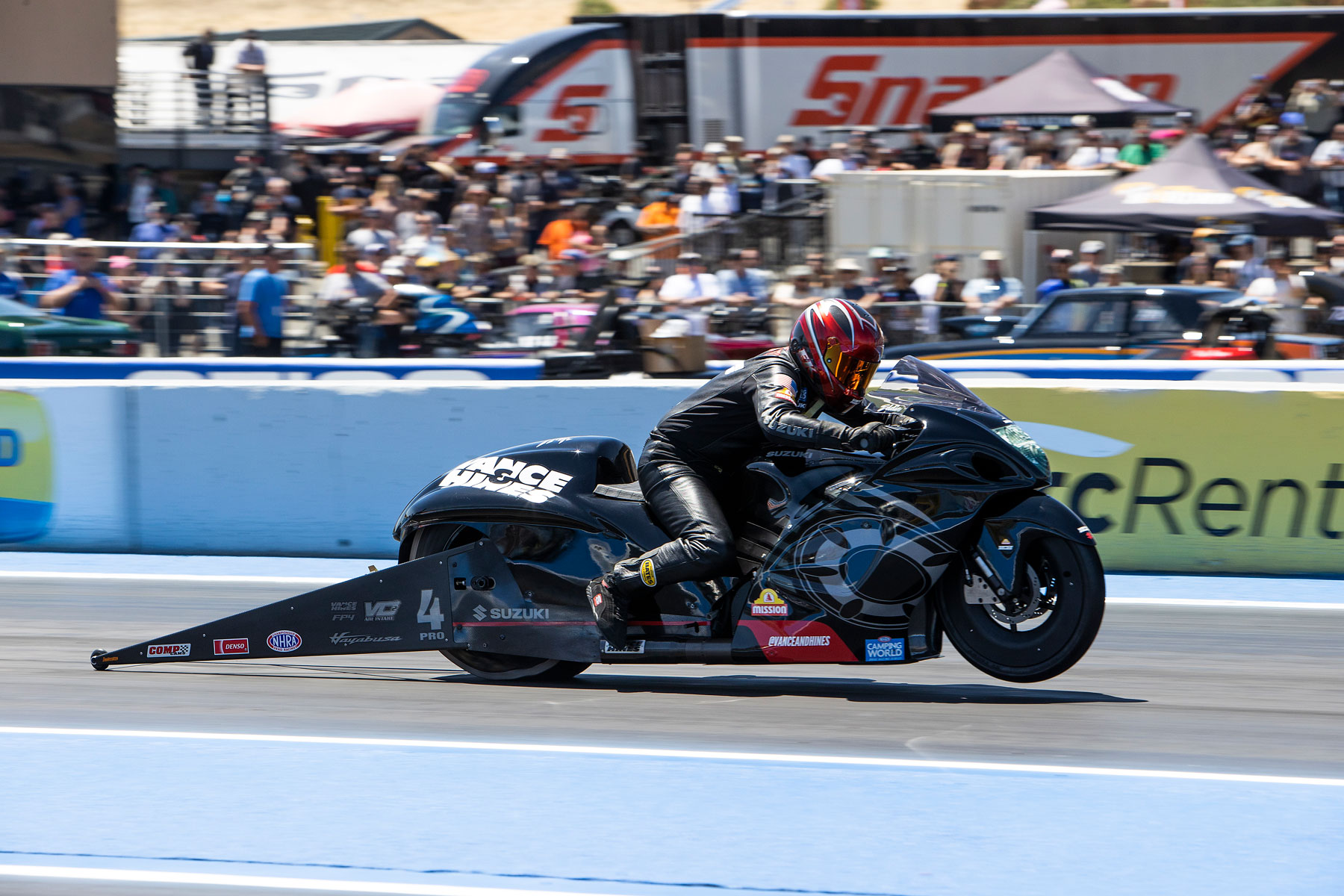 The final round wasn’t meant to be for Eddie Krawiec (4)
coming one thousandth a second short of a victory.

“I’m looking at it as a good building block race. I had a consistent motorcycle, which is key to going rounds,” Krawiec said. “All weekend I was battling my bike blowing the tire away, overpowering the track, so it was nice to go 6.75-second consistently every round. I’ve just got to get the bike’s numbers in the first part of the track a little bit better.”

With two races in Topeka and Indianapolis left before the five-race Countdown to the Championship playoffs begin, Krawiec was happy to jump up a couple of spots in the Championship points standings heading into the second half of the season.

“Had I not gotten by…