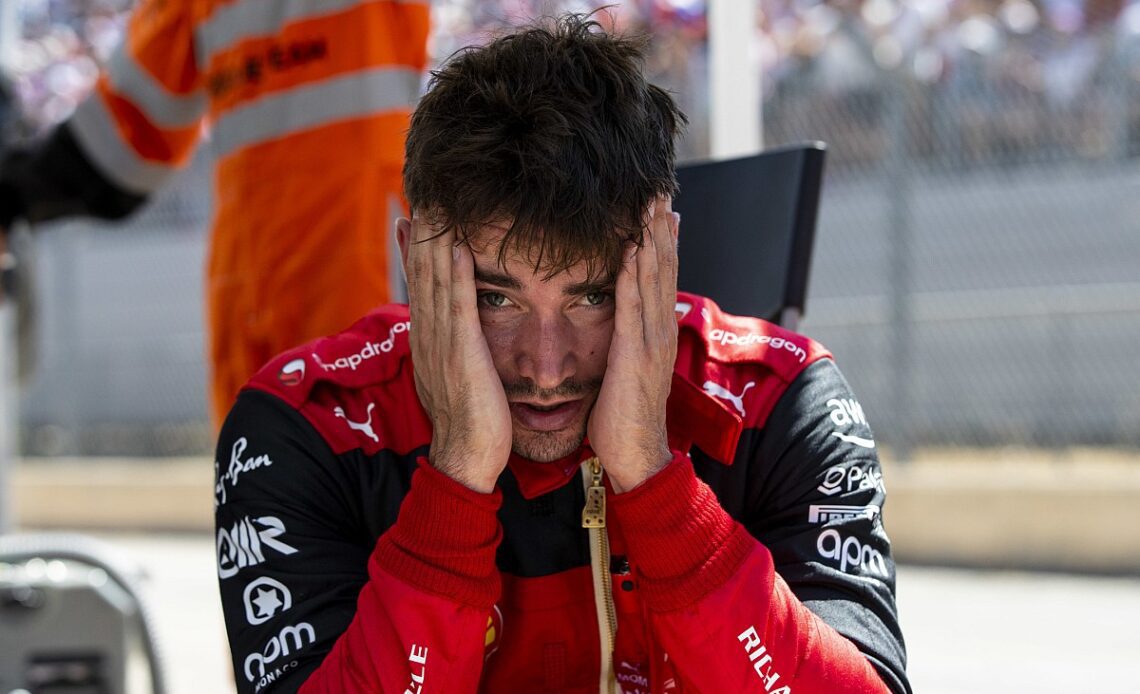 The two F1 title contenders looked set for an intriguing battle for the win at Paul Ricard with Leclerc leading from pole defending against Verstappen, who pitted early to target the undercut, only for Leclerc to make a costly error and crash out from the lead.

With Verstappen taking a comfortable victory he has extended his F1 championship lead to 63 points over Leclerc, while Red Bull now has a 82-point advantage in the constructors’.

Mercedes also profited to take its first double podium result of the season, with Lewis Hamilton marking his 300th F1 start with second place ahead of George Russell, who grabbed third off of Sergio Perez late on following a controversial Virtual Safety Car restart.

Ferrari came under fire again for its latest strategy confusion, pitting Carlos Sainz just as he looked in position to take third having started at the back of the grid for an engine change penalty. The Spaniard would eventually finish in fifth place on a tough day for the Scuderia.

Behind the frontrunners both Alpine and McLaren picked up double points hauls, while Lance Stroll aggressively kept Aston Martin team-mate Sebastian Vettel behind at the final corner to take 10th. While it was a tough day for both Haas and Alfa Romeo who were hampered by unluck strategy calls and clashes.

Host Martyn Lee is joined by Luke Smith in France, plus Jess McFadyen and Matt Kew to review the French Grand Prix at Paul Ricard, and ask if we were denied a championship fight at the front.

You can listen to the podcast using the player below, or via all good audio platforms including Spotify, Apple Podcasts and Google Podcasts.