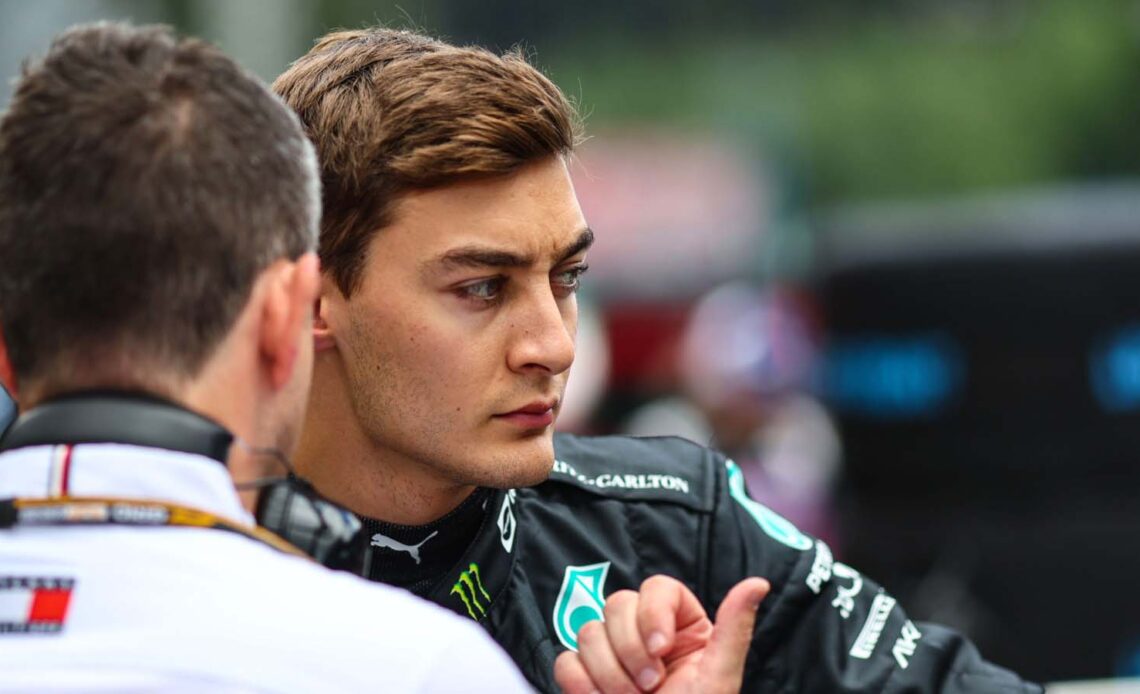 Although Mercedes recovered from a disappointing qualifying to secure a first double podium of the season in France, George Russell has urged the team to stop experimenting.

That, though, he concedes it is not easy given the team is still trying to understand the W13.

Mercedes arrived at the Paul Ricard circuit believing they were in with a shot at the race win.

Those hopes were quashed in qualifying when Lewis Hamilton, despite being P4, was ninth-tenths off the pace with Russell a further four-tenths down.

The team recovered positions, but not performance, in the grand prix with Hamilton bringing his W13 home in second place, Russell joining him on the podium in third.

They were, however, not in contention for the win with Max Verstappen taking that by a comfortable margin of 10 seconds.

Russell believes Mercedes are hurting their own chances by doing too many experiments earlier in the race weekends.

Been a little while since our last double podium 🥈🥉

“When you’re so far off the pace, you want to try everything on your car to try to close the gap,” said Russell.

“And maybe that’s a lesson for us, that we need to almost focus on ourselves and really focus on trying to get the most out of the car rather than experimenting too much.

“But we need to experiment at this moment to see what does work and what doesn’t work. It’s a little bit tricky at the moment.”

This weekend, running updates for the W13, Mercedes’ experiments involved rear wings with Hamilton’s practice trials proving futile as the highest downforce wing produced too much drag and the skinny version cost them in the corners.

Russell is still confident that despite the gap in qualifying, Mercedes showing in the grand prix proves they are heading in the right direction.

“There’s definitely optimism because we feel like we do have a direction to keep chipping away at and we do think that we will make good progress,” he added.

“Qualifying is the day where you have that clearest pace comparison to your rivals and it is clearly a bit difficult when we see how far we were from pole.

“But the race is where we need to judge. We do have a faster car than we have done on average this season.”