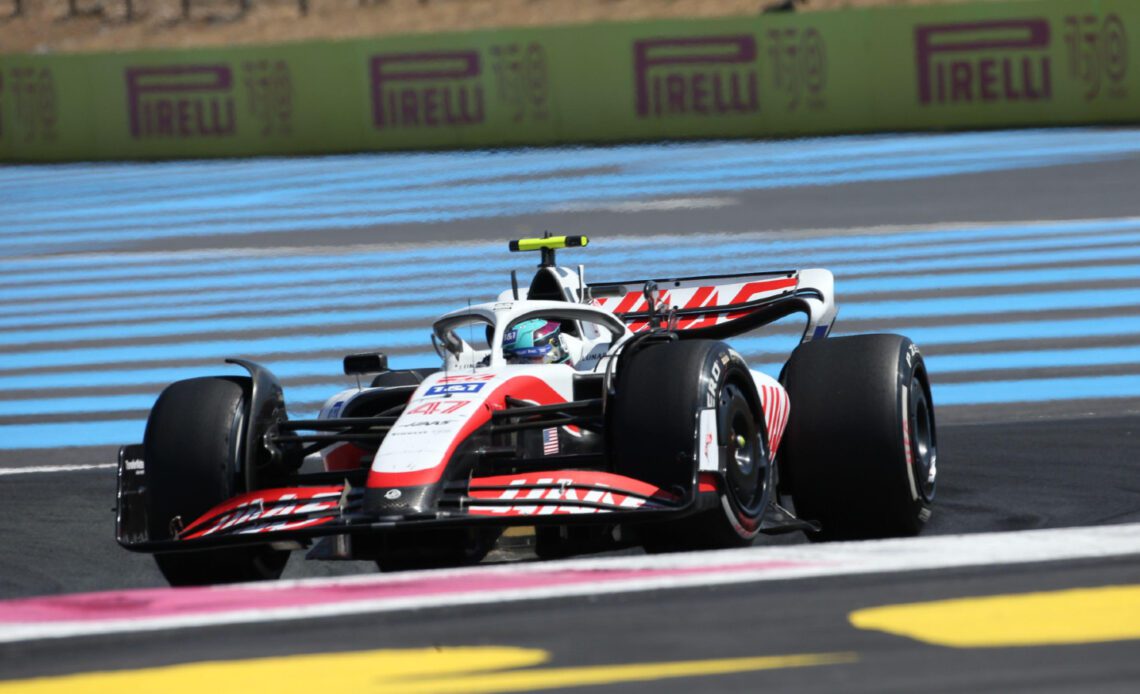 Haas’ Mick Schumacher is eager to find a better solution to how track limits are implemented after his best time in French Grand Prix qualifying was deleted.

Schumacher qualified 19th fastest at Paul Ricard – he started two places higher due to engine penalties – having been knocked out in Q1 despite appearing to vault up the order in the final seconds of the session.

Schumacher popped in a time of 1:33.1 on his final run to claim a Q2 appearance, only to have the lap time deleted a few seconds later as Race Control deemed him to have exceeded track limits.

Replays showed the Haas driver had been too aggressive sweeping in for the apex of Turn 3 and although still on the kerb, was adjudged to have been outside the limits of the circuit.

Schumacher’s incident came two weeks after a similar one in Austria involving Red Bull’s Sergio Perez in which the Mexican was given a retrospective penalty for exceeding track limits in Q2 – the situation was not addressed until after qualifying, with Perez having already taken part in Q3.

With the FIA’s race directors taking a much harder stance on track limits this season, Schumacher believes a better solution still needs to be found.

“Was it fine that Checo (Perez) lost his lap at the Red Bull Ring? Most drivers would say no,” Schumacher told media after qualifying on Saturday.

“In that case, in the end, there’s also a rule, and the rule is there for everybody. Unfortunately, I exceeded it but it’s definitely something they will have to talk about to see if we can maybe find a less complicated way, maybe something which gives a bit more room.

“If there’s a bollard, and the bollard flies away, that’s a track limits infringement. But in that case, the bollard was still there.”

The German driver, who finished 15th after a low-key race marred by a clash with Alfa Romeo‘s Zhou Guanyu, maintained he had done nothing differently in qualifying compared to his practice lines – none of those lap times being deleted.

“I think it would be good to know through free practice,” he commented.

“Nobody told me. I was doing the exact same line through practice one, two and three.

“And the fact that then, because of that, my lap was deleted in qualifying, maybe it would be good to have a heads-up, say ‘hey, that won’t be…