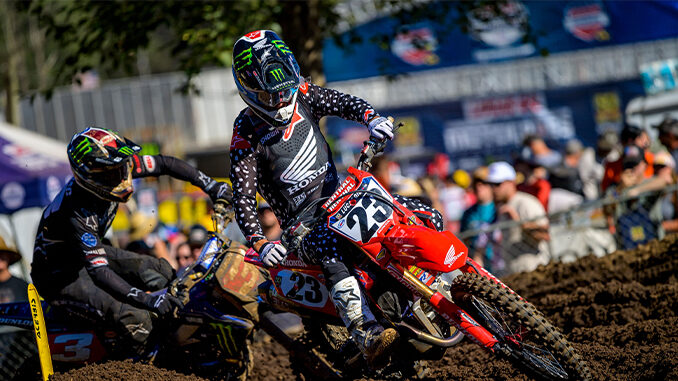 All totaled, Monster Energy racers, led by Tomac and Sexton, have swept five of the eight total MX National 450 class podiums this summer, including three-straight (Southwick, Spring Creek and Washougal).

Said Sexton of his ‘statement’ win at Washougal: “That was a really, really good moto for me (referring to the deciding second moto). The holeshot was awesome. Eli (Tomac) was on me the whole time. I was going as fast as I could go, got a little gap and cruised ‘er in. I couldn’t be battling with a better guy than Eli. Man, that race meant a lot to me. Got to come out swinging at Unadilla (Aug. 13). That’s all I can do.” 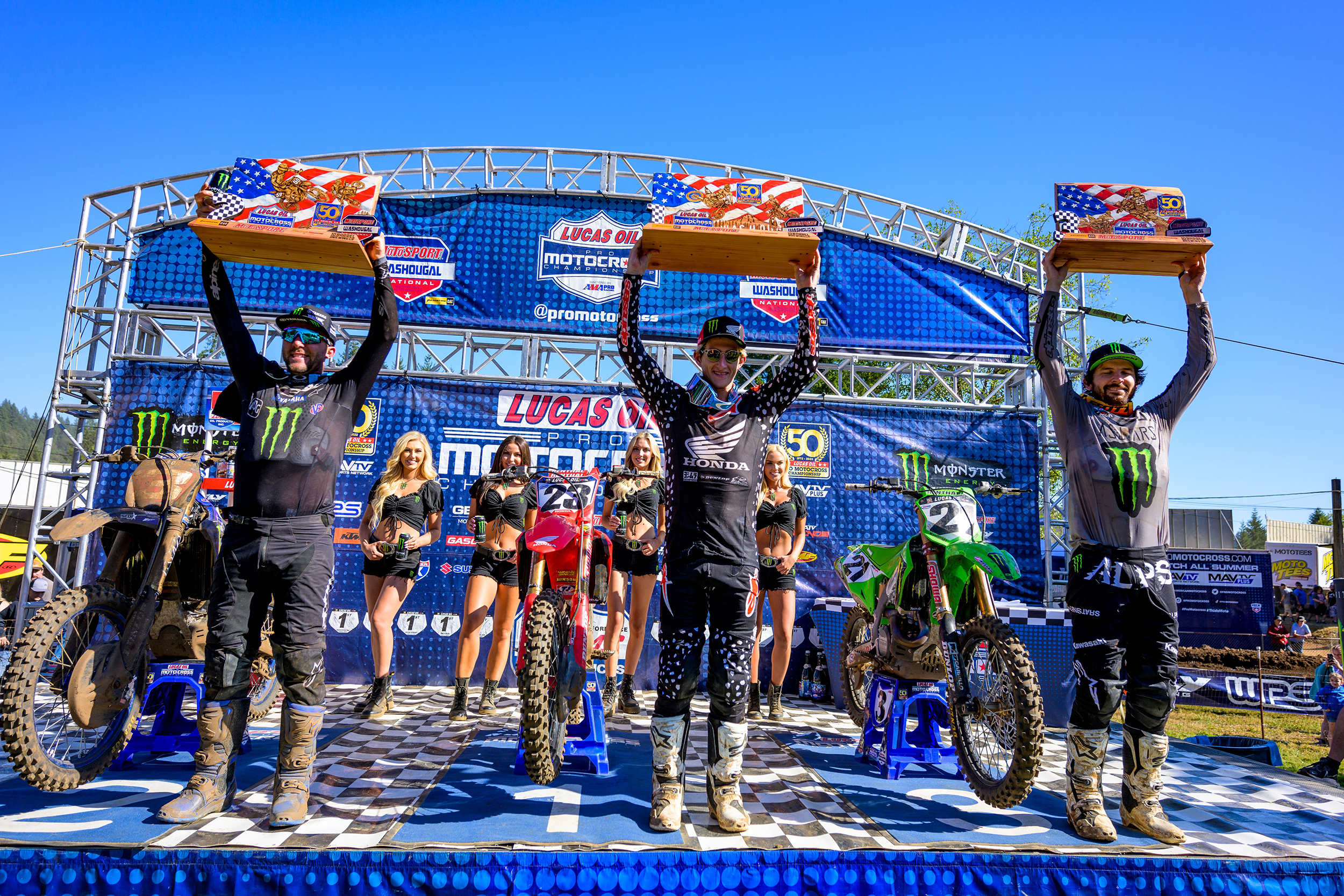 Here’s a look at what went down at Washougal MX, beginning with the 450 class. 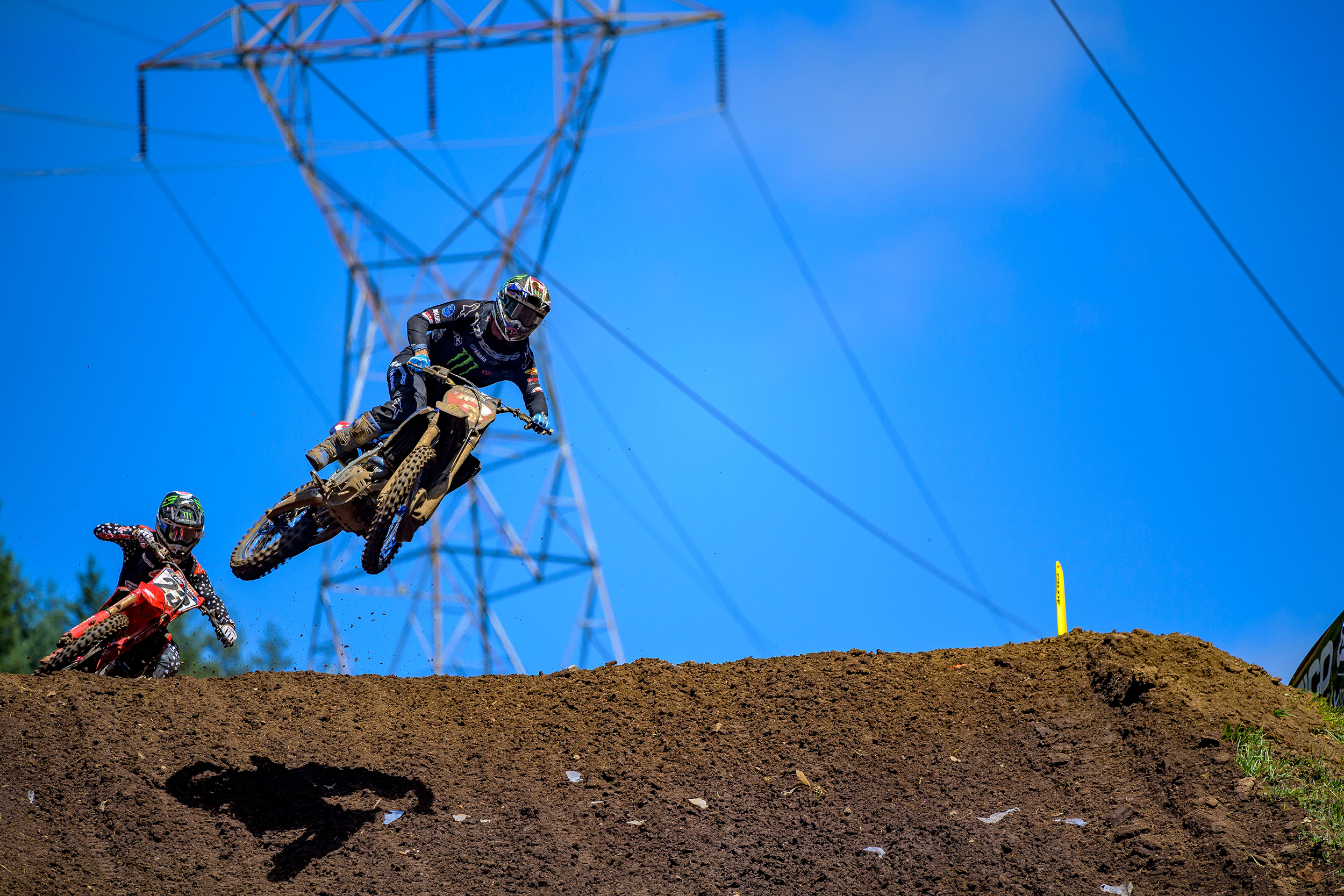