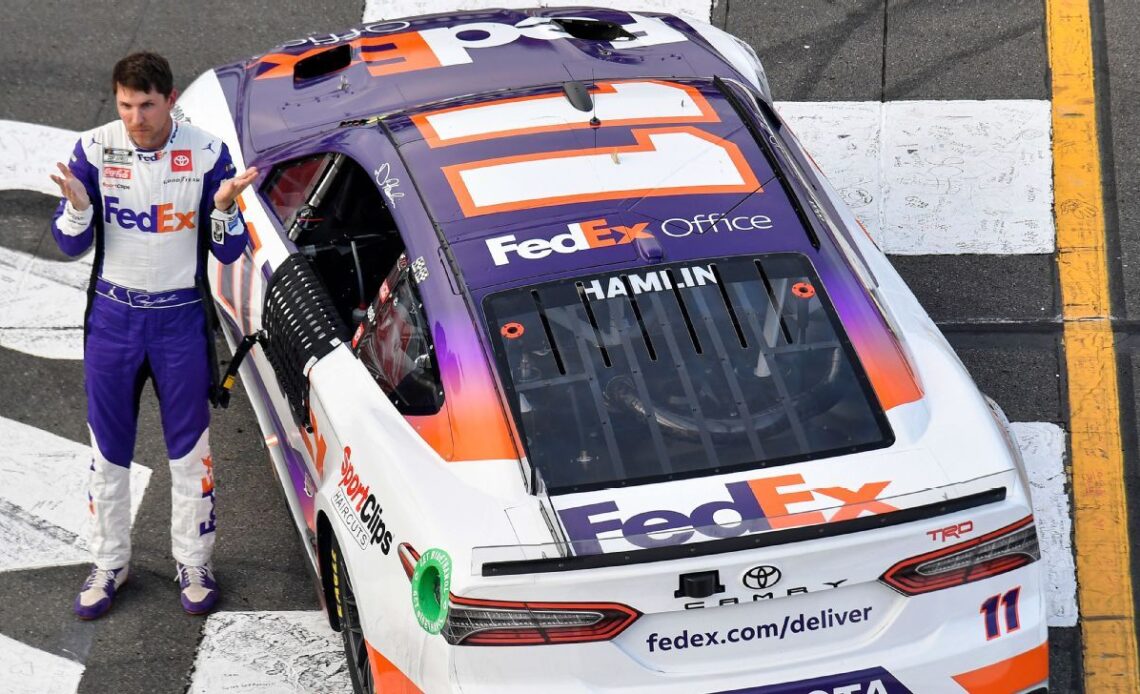 Next Gen car, Next Gen punishment.

On Sunday evening, so soon after the finish of the 21st race of the 2022 NASCAR Cup Series season that the confetti was still stuck to the hallowed concrete ground of Pocono Raceway’s Victory Lane, the racer who had just celebrated in that space was informed that his win had been taken away.

Denny Hamlin is no longer the winner of the M&M’s Fan Appreciation 400. He is no longer the season’s second three-time winner, no longer the lone all-time Pocono Raceway champion with seven wins and no longer tied with Tony Stewart for 15th on the all-time wins list at 49. Instead, the future NASCAR Hall of Famer now owns a page of the stock car racing history book that no driver wants to write.

His win was disqualified. Wiped out. Deleted. It’s not merely the first time that a racer at NASCAR’s top level has had a victory taken away via postrace technical inspection during the sport’s so-called Modern Era that began in 1972. This is the first time that it has happened since 1960. It feels like we’d better get used to it. Joe Gibbs Racing seemed to admit as much on Monday afternoon when they let the appeal deadline come and go without putting up a fight.

– Watch Formula One and the W Series all season long on ESPN
– Don‘t have ESPN? Get instant access

NASCAR has always threatened to do this. It has promised one day it would happen. Beginning in 2019, facing criticism that it never did enough to punish those who used an illegal advantage to win a race — points and monetary fines but the win still stood — the sanctioning body pledged to do more, and it did, but at the lower levels, never in Cup. Until now.

Why now? Because now we have the still-new Next Gen car, the ride upon which NASCAR has gone all-in as the chariot that will drive the sport into a better future. A one-size-fits-all parity creator that is essentially delivered to teams in a box, purchased from approved vendors only. These 2022 Chevys, Fords and Toyotas are the result of years of research, tens of millions of dollars of investment and unprecedented cooperation between those three warring corporate car giants.

That car has delivered a ridiculously competitive season, with 14 winners in 21 weeks, spread out across so many drivers and teams that there have been five first-time winners and there is a very real chance that a race winner…