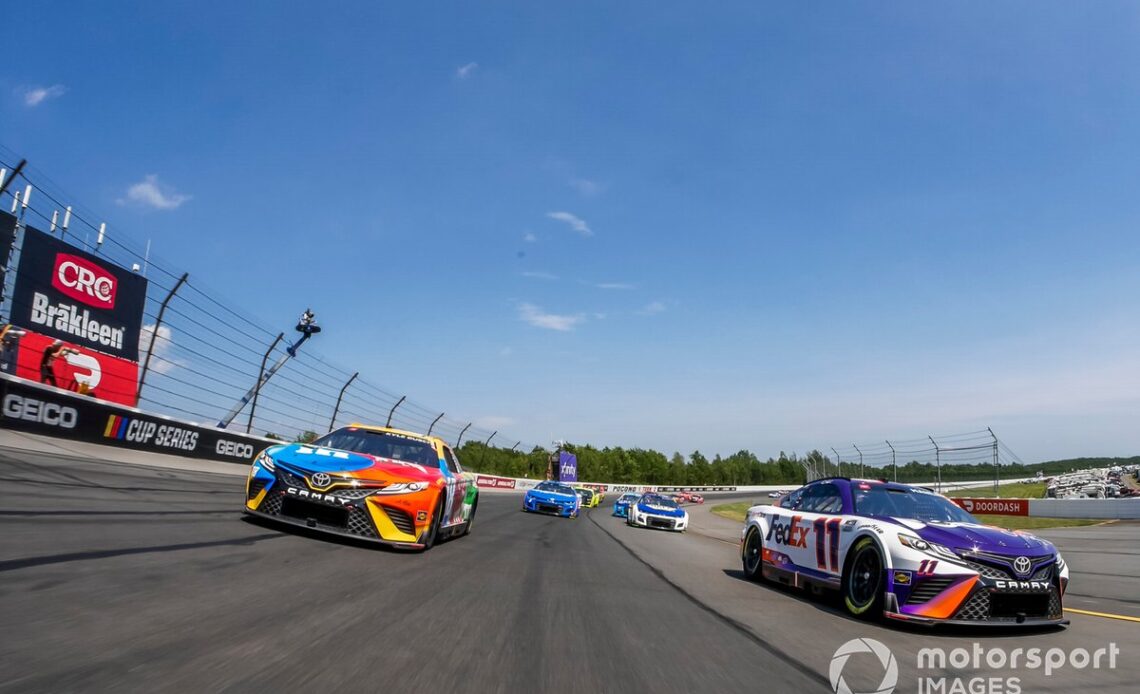 Hamlin and Busch’s Joe Gibbs Racing teams still have an option to appeal but as of Monday morning no final decision had been made.

Elliott said he and his father, Hall of Famer Bill Elliott, were flying home when the decision was made and they didn’t learn of it until they landed in Georgia.

“I was just surprised by that. It’s something I don’t ever recall happening throughout the time that I’ve watched NASCAR and the Cup Series,” Elliott said. “Certainly, I’ve been part of some situations like this over my short track racing career. I know it happens.

“It’s not a complete shock in other types of racing. But on the Cup side, it’s not something we’re accustomed to seeing. I don’t think any driver wants to win that way – I certainly don’t.”

NASCAR said there were modifications made to the front fascia of both JGR cars that affected aerodynamic performance.

This is the first time a Cup Series race winner has been disqualified since NASCAR implemented its new post-race inspection rules in 2019. Race winner disqualifications have happened previously in both the Xfinity and Truck series.

Pending a change on appeal, Elliott will be credited with the win – his series-leading fourth of the 2022 season – although he never led a lap in the race.

Primarily for that reason, Elliott said the win doesn’t change the fact that his team needs to improve its performance based on Sunday’s on-track results.

“Certainly, a very unique situation. I suppose it’s a product of this car and NASCAR trying to make sure is kind of living within the guidelines they set with this thing I guess. I don’t know really know the details of what went on.”

Regardless of whether there is an appeal or how it turns out, Elliott said there won’t be much celebrating by himself of his No. 9 Hendrick Motorsports with how this win…