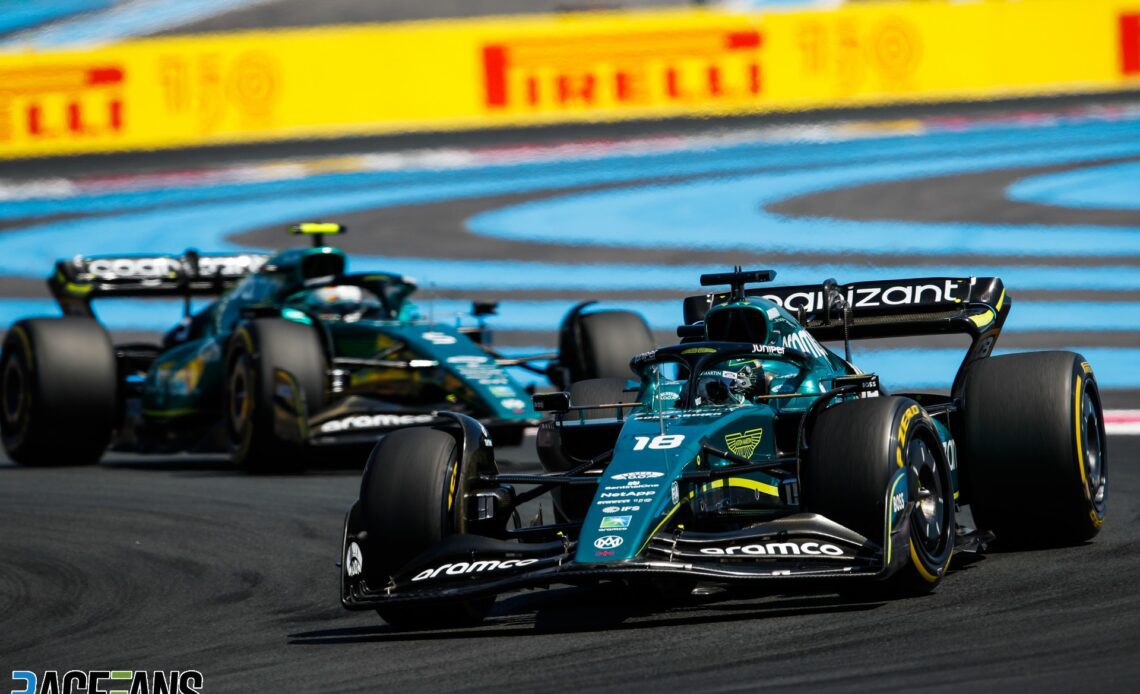 Sebastian Vettel said he nearly ran into the back of his team mate on the final lap of the French Grand Prix when the other Aston Martin suddenly slowed.

The pair were fighting over the last point for tenth place. Vettel nearly collided with Lance Stroll, who finished tenth and took the point, as they crossed the finishing line.

“I closed the gap the lap before,” he explained. “I think I was faster, but it doesn’t matter. It’s the same point for the team.”

“He was obviously hitting the brakes again before accelerating, so it caught me by surprise, then I lost the momentum,” he added. “In the end, like I said, it’s the same point for the team.”

Vettel believes he might have been able to finish higher up if he’d been able to get out of traffic. “It’s free air that I needed today, but I didn’t have,” he said.

“It’s not like we had the pace to win. But I think we could have been faster and could have been probably having a better race. For the [pit] stop, I was the last one to stop. So it’s something to look into.”

Stroll said he had “a snap on the exit on the last lap because I was struggling with my tyres at the very end.”

“It was a good fight with Sebastian, but the most important thing was to bring a point home for the team today,” he added.

Having started behind Vettel, Stroll got ahead of him on lap one as he gained five positions. “We had a great first lap today that set us up to have a great race,” he said. “I nearly got Ocon in turn nine as well, but it was important to have such a good start.

“I felt I had some momentum in the closing stages to possibly catch Ricciardo. We are continuing our trend of being more competitive on a Sunday so today is a good platform as the summer break approaches.”