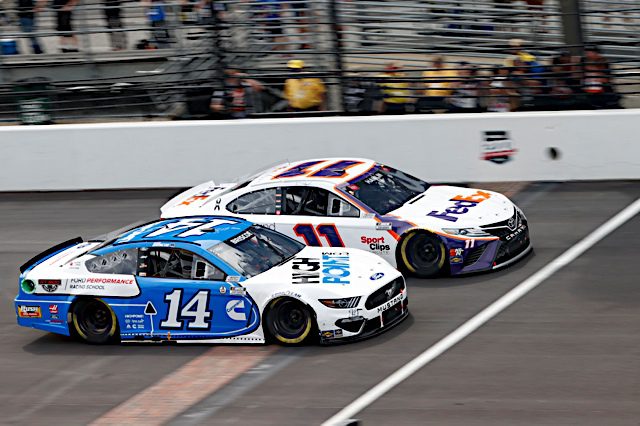 The NASCAR Cup Series returns to the Indianapolis Motor Speedway road course for its annual visit to the Brickyard Sunday, July 31.

The 82-lap feature will include 38 teams competing on the 2.4-mile road course, meaning all teams entered will automatically qualify, barring any entry list changes.

AJ Allmendinger returns to compete at the same venue where he earned his second career Cup victory and Kaulig Racing’s first one year ago. He’ll do it in the same car of the No. 16 Chevrolet.

Joey Hand returns in his usual road course ringer role in the No. 15 for Rick Ware Racing as well.

Loris Hezemans will make his third career Cup Series start this weekend behind the wheel of his own No. 27 Ford Mustang.

Josh Williams will pace the No. 78 Live Fast Motorsports Ford again as well for his second series start.

Team Hezeberg has also entered a second car onto the entry list for this weekend’s Cup Series event with the No. 26. The driver has yet to be announced, but the organization has been linked with former Formula 1 driver Daniil Kvyat, who tweeted a photo of him getting fitted in a Cup seat earlier this week.

Sunday’s race will be broadcasted live on NBC with coverage beginning at 2:30 p.m. ET.