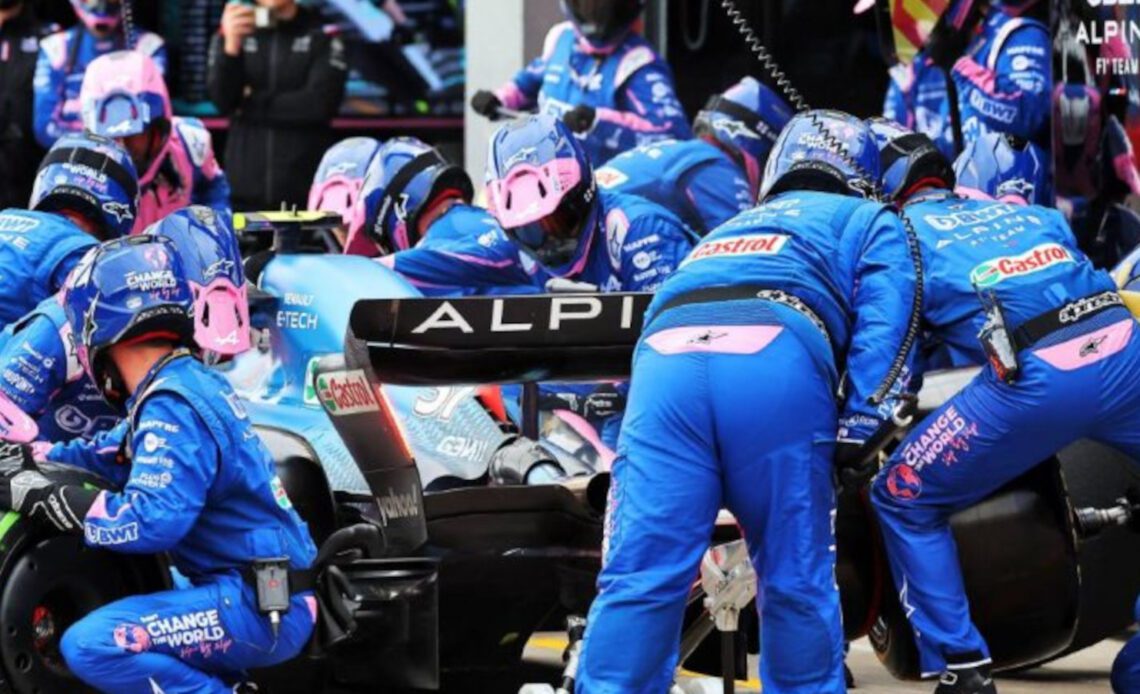 Edging ahead of McLaren in the Constructors’, Laurent Rossi has vowed to keep Alpine’s “flow of upgrades coming” as they try to hold onto fourth place.

On a Sunday where the two teams vying for best of the rest in the championship both brought in double points-hauls, only the third time this season, Alpine outscored McLaren on the day.

Fernando Alonso was sixth in the French Grand Prix to Lando Norris’ P7, while Esteban Ocon recovered from a five-second penalty for hitting Yuki Tsunoda to finish eighth to Daniel Ricciardo’s P9.

The two teams went into the Paul Ricard race tied on 81 points, Alpine left four ahead of McLaren.

And Alpine’s CEO Rossi says having taken the position, the goal is now to hold onto it.

“Our objective is clear,” said Rossi. “We must do everything we can to remain in fourth place in the Constructors’ Championship.

“It won’t be easy, but we must keep our flow of upgrades coming and put together strong race weekends – like we have done at home in France this weekend – for the remainder of the season.”

Alpine recently introduced a revised rear suspension as well as changes to the floor. The updates are said to have increased downforce on the car, while also helping to reduce drag with less loaded wings.

Like their rivals Alpine will have to balance upgrading the car versus balancing the budget cap, a problem many teams including Alpine have highlighted in recent weeks.

The CEO was happy with how his drivers managed their races, Alonso getting the jump on Norris on the opening lap while Ocon didn’t let his penalty get to him.

It was Alpine’s second double points-haul of the campaign, their second back-to-back in five races.

“We’re very pleased to score strongly with both cars from our home race and we’re now ahead in fourth place in the Constructors’ Championship and, I must say, it is deserved,” he added.

“On track, we knew we had a great chance to score well with both cars today. We needed a good start, which we achieved, and well executed races by both team and drivers.

“Fernando did a great job to get past Lando at the start and from there he managed his race brilliantly to score eight points in sixth.

“Esteban too had a great start but was given a time-penalty for his collision on lap one with Yuki. He had to keep his head down to claw back the advantage he…