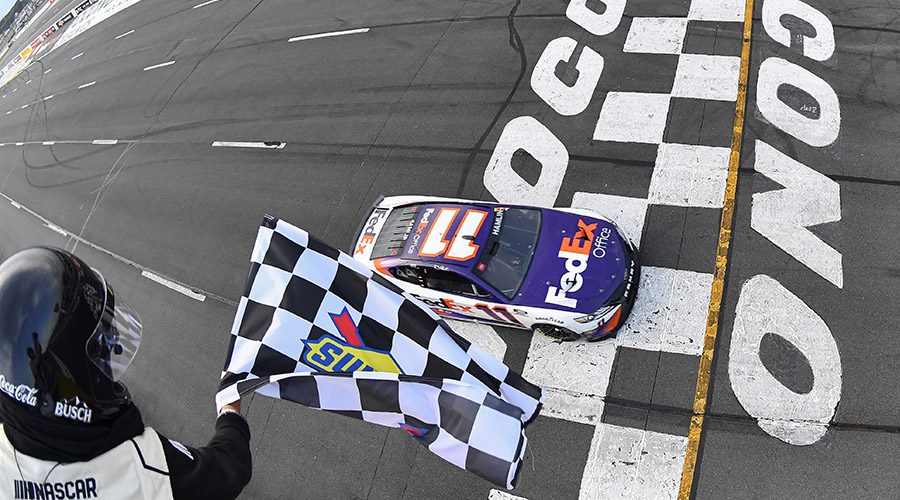 It was going to happen eventually.

Four years ago, NASCAR at long last instituted a rule that cars that failed post-race inspection, even race winners, would be disqualified.

That meant the driver and team that crossed the finish line first would have their victorious bounty revoked. That included almost every point – stage and playoff – they earned during the course of the event. They’d be relegated to a last-place finish. It would be almost as if they never showed up at the track.

It’s happened in the Truck Series (sorry, Ross Chastain) and the Xfinity Series (Kyle Busch at Texas in 2020 and Denny Hamlin at Darlington Raceway in 2019).

But over the last four years, the hammer was never dropped (hey, I waited a year and a half, don’t judge me) on any Cup Series winners.

The closest we’ve came was Jimmie Johnson’s second-place finish in the 2020 Coke 600 being negated, an event that likely kept him out of the playoffs in his final NASCAR Cup season.

But it finally happened.

Thanks to …. *check notes* … pieces of “vinyl” illegally placed on the front fascia of Denny Hamlin’s No. 11 Toyota and Kyle Busch’s No. 18.

I had never heard the term “fascia” before Sunday (July 24). It may be the least motorsports-sounding term I’ve heard in recent memory.

🗣️ “It was extra layers of vinyl that in effect, deviated the part from the approved CAD file.”

🚨 #NASCAR SVP Scott Miller joined @DGodfatherMoody and specified what the issue was on the Joe Gibbs Racing cars of Denny Hamlin and Kyle Busch at @PoconoRaceway. pic.twitter.com/7rTyNARxVv

Miller said NASCAR was “very surprised” when it removed the car’s wraps and found “extra layers of vinyl that, in effect, deviated the part from the approved CAD file.”

And no, this wasn’t your parents’ favorite 12-inch Elvis record.

According to a statement from Joe Gibbs Racing, it was a piece of “clear tape,” measuring two inches wide and 5-½ inches long with a thickness of 0.012 inches, that had been placed “over each of the lower corners of the front fascia ahead of the left-front and right-front wheel openings.”

Whether it was .012 inches or three inches, a non-properly vetted part of the “build process” in the JGR garage resulted in the first disqualification…