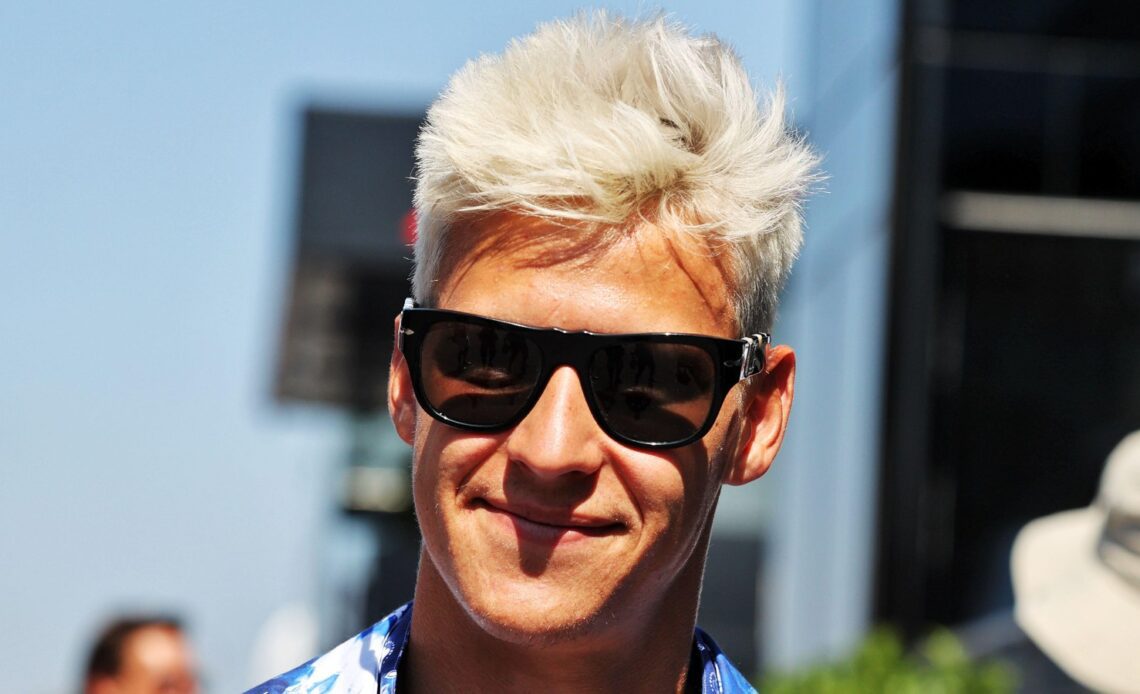 MotoGP Champion Fabio Quartararo could be in line for a test in the Mercedes F1 car according to Ted Kravitz.

The Frenchman has 62 MotoGP races under his belt having first joined the competition in 2019 but he may soon be swapping two wheels for four wheels.

Quartararo shares the sponsor Monster Energy with current Constructors’ Champions Mercedes and this could be his potential way into at least getting a test in the W13.

Speaking during his Notebook show post the French Grand Prix, Sky Sports F1 pit lane reporter Kravitz said the 23-year-old would be given the test at the end of the season.

“I’ve got to tell you about a test for Fabio Quartararo, the MotoGP champion who was here on the grid. I spoke to him,” Kravitz said. “Quartararo is going to have a Mercedes test at the end of the season to do with Monster Energy, I believe, their fellow sponsor.”

The Frenchman was invited into the Mercedes garage over the weekend and even posted a picture of him sat inside the cockpit on his Instagram.

The Frenchman was very positive in regards to his potential future in F1 and even said they were working to get into the sport at the end of the year.

“We are working to be able to get on a Formula 1 at the end of the year, so we cross our fingers,” Quartararo told DAZN. “Formula 1 is very different from MotoGP, but I like it a lot. I hope to be able to get into a car one day.”

Given Lewis Hamilton and George Russell currently occupy the two Mercedes seats, it seems unlikely that Quartararo will get his chance there but there have been other teams testing out drivers with an eye on the future.

Current IndyCar driver Colton Herta was given a run-out in last year’s McLaren car in Portimao as part of the Testing of Previous Cars (TPC) provision which is granted to teams.

The 22-year-old is a development driver for McLaren and impressed, shortly before CEO Zak Brown said a seat would be given to those who are quick rather than just marketable.

“We are very serious about anyone we put in our Formula 1 car,” Brown told the F1 Nation podcast. “The fact he’s American is great, but we lead with performance.

“Nationality is on the list, but we would never select a driver for commercial reasons first.

“The first gate to get through is do we think this driver is World Champion, grand prix-winning capable? And if the answer to that is yes, we continue to proceed.

“If they happen to be…