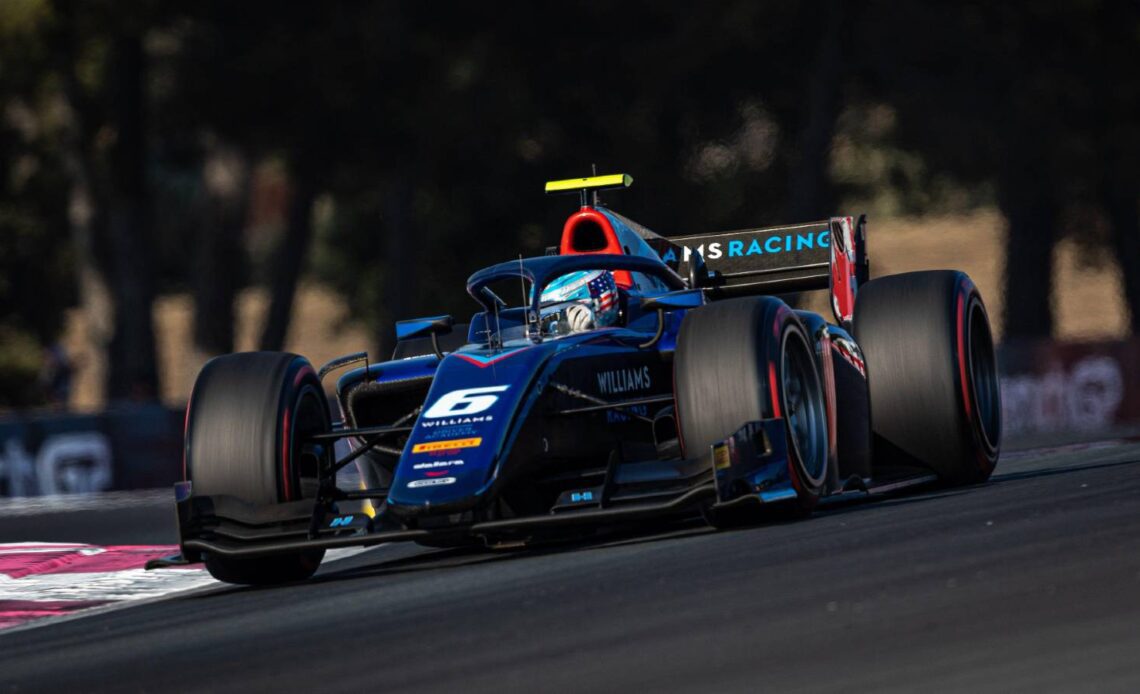 Williams boss Jost Capito would not be averse to finding himself in an Alpine-style dilemma over next season’s driver line-up.

By that, the team principal and CEO means being spoilt for choice, with more driver options than he has seats available.

Alpine are in a similar quandary and their problem could even be shifted over to Williams if, as Capito has admitted, a loan deal for the French team’s academy prospect Oscar Piastri becomes a possibility.

Also in the mix, of course, are this year’s Williams racers, Alex Albon and Nicholas Latifi, but another shock name has now entered the fray – that of rising Formula 2 talent Logan Sargeant.

The American is attached to the Williams driver academy and competing in his first full Formula 2 campaign. Victories in Britain and Austria for Carlin have put him third in the standings behind clear leader Felipe Drugovich and Theo Pourchaire.

Asked whether the 21-year-old Floridian’s emergence could complicate the decision-making process about the 2023 Williams F1 line-up, Capito told reporters: “It would be a great headache, wouldn’t it?

“I’ve had worse ones! Of course we are impressed, it’s his first season in F2 and we didn’t put any pressure on him so he has the time to develop.

“He’s really impressed us how quick he got to grips with the car, the tyre management and his results.

“How he got the pole [at Paul Ricard] was really impressive and he will be in a Formula 1 car in the future, I’m absolutely convinced.”

While an FP1 appearance this season for Sargeant is likely as one of the two rookie sessions mandatory for each team, the same is true for Piastri at Alpine – it had been predicted to happen at the French Grand Prix but ultimately did not.

With the back-to-back Formula 3 and Formula 2 champion having to wait in the wings this year as understudy to Fernando Alonso and Esteban Ocon, Alpine CEO Laurent Rossi has said he is prepared to loan out the Australian in 2023 – and Capito would be interested in luring him to Williams.

“If that was the best for us, we would consider that,” said the German.

The contracts of both Albon and Latifi at Williams are believed to end this year, with the former widely regarded as being more…