Not just ‘one thing’ where Mercedes are lacking 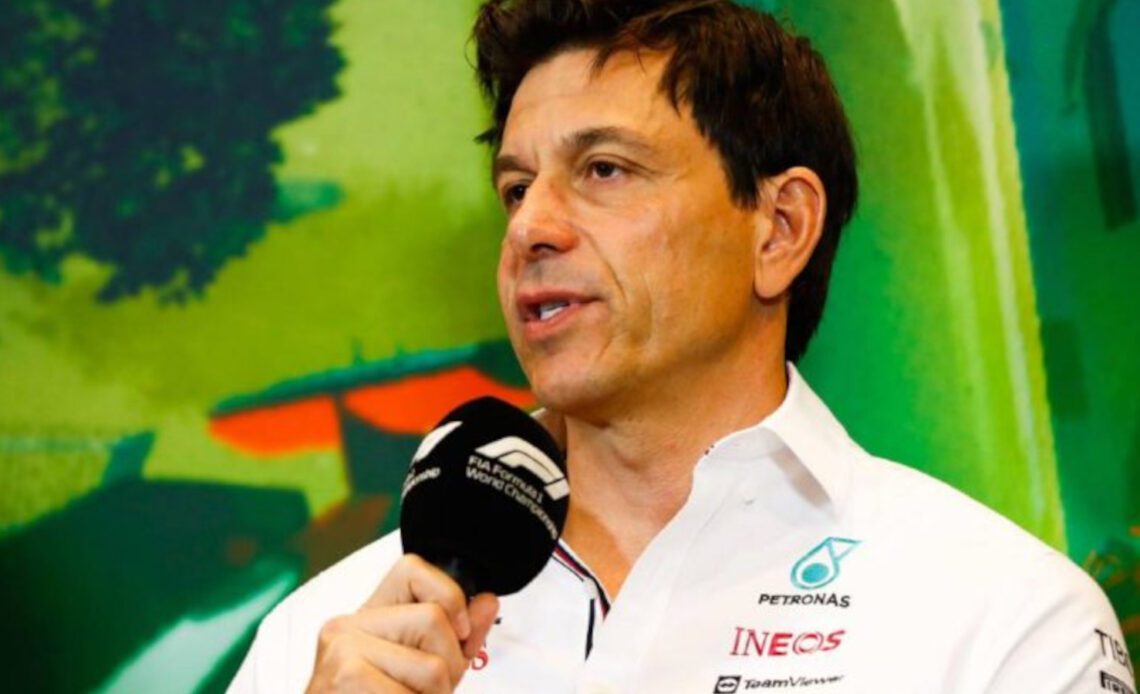 Mercedes secured their first double podium of this season in France, but Toto Wolff admits from his “half empty glass perspective” they are still woefully off the pace.

The result, though, is more flattering than the performance.

Hamilton was never in contention for the victory. Although there was a short stint where he did eek into Verstappen’s lead, the Red Bull driver responded by pulling away with seeming ease.

Hamilton’s second was also fortuitous, the Briton elevated up the order when Charles Leclerc crashed out of the lead.

As such Wolff concedes Mercedes are not there yet.

When the hard work pays off! 💪@LewisHamilton was elated with a P2 finish in his 300th race! 👊#FrenchGP #F1 @MercedesAMGF1 pic.twitter.com/C8tKEZxLJJ

“I think he [Hamilton] was able to stabilise the gap at five or six seconds in the first stint, but you need to be honest and say when they were racing each other in the second stint, probably Max was just keeping it on the track,” the Mercedes motorsport boss told Motorsport.com.

“So in my half empty glass perspective, there is still a lot of lap time to catch up.

“I think with every lap, we collect more data and understand a little bit, so we’re putting the little pieces of the puzzle together.

Hamilton finished Q3 in fourth place but was almost nine-tenths down on pole-sitter Leclerc, the seven-time World Champion surprised by the gap after doing what he considered to a good lap.

Wolff called it a “slap in the face”.

The team boss acknowledges that Mercedes are still lacking in many areas.

“There is something to understand and it’s not a silver bullet but it’s a few topics that they roll in to our performance. Second and third is a good result but we work tirelessly to win and there is still a gap.”