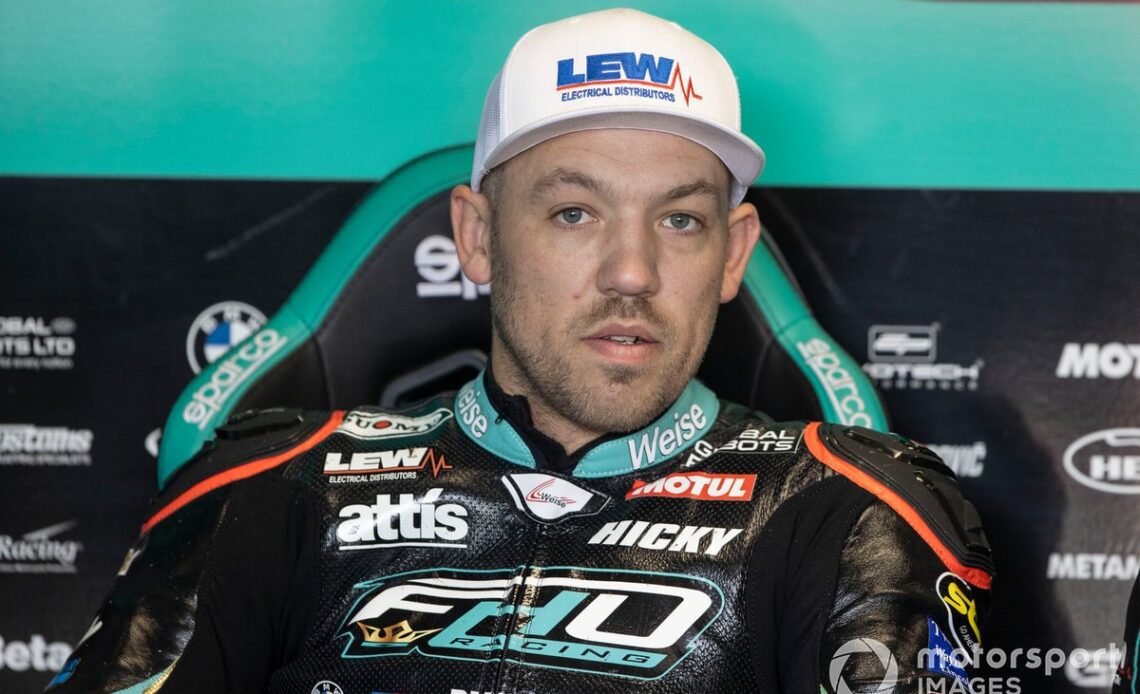 Van der Mark has been out of action since picking up a second injury of the year in practice at Estoril, with IDM champion Ilya Mikhalchik substituting for him in the following two events at Misano and Donington Park.

But for WSBK’s visit to the Czech Republic on July 29-31, BMW has called in 35-year-old Hickman, who added four victories to his tally in this year’s running of the TT in June.

It will mark the Briton’s second outing of the 2022 WSBK season after making a wildcard appearance last time out at Donington Park, securing a best finish of 16th in the Superpole race with his British Superbike team FHO Racing.

Hickman last raced a factory BMW in WSBK at Donington in 2019, when he was called up to replace an ill Markus Reiterberger. He went on to secure a best finish of seventh in Race 1.

“I am really looking forward to Most,” said Hickman. “It is a circuit that I have never been to before. I always like to go to new places. The circuit looks like an interesting layout.

“I am joining the BMW Motorrad WorldSBK Team for the second time now. The first time was in 2019 at Donington, where I had a really good weekend with the team, qualified fourth and finished seventh in the first race. It would be great to replicate that but it is still going to be a new bike for me obviously.

“I understand the bike from the BSB point of view but not from WorldSBK, especially with all the electronic changes and other things are slightly different, too, but I am really looking forward to the challenge and being teammates with Scott [Redding]. I get on with Scott really, really well, so let’s see what we can achieve as a team.”

BMW suggested that Mikhalchik will skip the Most race to focus on his preparations for the Suzuka 8 Hours event on August 5-7, although Redding had previously stated he disagreed with BMW’s choice of substitute for van der Mark.

“Huge thanks go to Ilya, who stood in for Michael for three race weekends,” said BMW Motorrad motorsport director Marc Bongers. “Now he needs to focus on the FIM Endurance World Championship. We wish him and BMW Motorrad World Endurance Team all the best at Suzuka.”

BMW introduced a major upgrade to the factory M1000RR of Redding and the satellite bike of MGM Bonovo rider Loris Baz at Donington, with the former heaping praise on the German manufacturer after securing his first podium of the season.