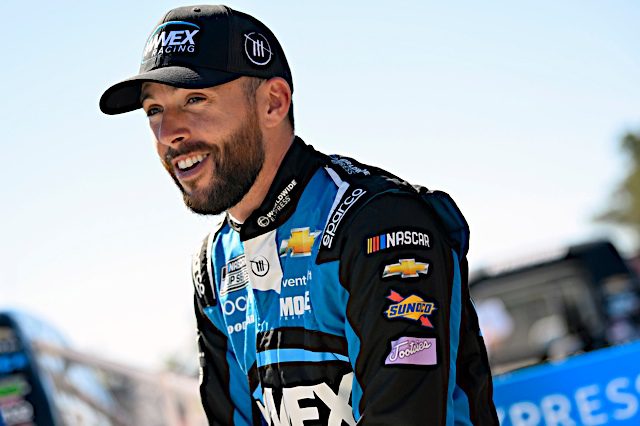 Did You Notice? … Ross Chastain and Denny Hamlin became the latest NASCAR rivalry in the spotlight this week, engaging in on-track payback at Pocono Raceway after a series of incidents earlier this year.

It’s clear Hamlin isn’t done with payback either, following post-race comments that make it clear this grudge is still in full effect.

“We’re just going to keep racing hard until we get the respect back from these guys,” Hamlin said. “It’s not just that, we’ve been wrecked four times. Twice while leading in the last 10 months, and I’m at the end of it.”

The drama from Hamlin-Chastain isn’t the only personality conflict percolating in the NASCAR Cup Series garage. Heading to another track where getting even is fairly easy and emotions run high — the Indianapolis Motor Speedway road course — let’s take a look at which tempers are still boiling under the radar.

Denny Hamlin – Chase Briscoe: It seems appropriate to start here, right, based on what happened last year at this track. Hamlin thought he had the road course race won at IMS until Briscoe spun out the No. 11 Toyota during a green-white-checkered finish. Briscoe, then a Cup Series rookie, did it after getting black flagged for cutting a portion of the racetrack.

At the time, Hamlin accepted Briscoe’s explanation but decried a “lack of situational awareness.” Since then, the relationship between the two drivers has only gotten worse; after contact at Texas Motor Speedway in October, Hamlin referred to Briscoe as a “f***ing idiot.”

Things even got personal between the two drivers, with Briscoe saying on Reddit that Hamlin had made fun of his wife Marissa’s miscarriage surgery before later apologizing.

Both men are expected to be fast again at IMS and are at a critical point in the playoff race. Briscoe needs a second victory to feel secure, sitting just two points ahead of Kurt Busch for the bubble position among one-race winners. If three new drivers win in the final five races, and Briscoe slips back, he’ll be knocked out of the playoffs despite his victory at Phoenix Raceway earlier this year.

Hamlin, of course, is heated following a post-race disqualification that wiped out his third win of an otherwise inconsistent Cup season. Expect fireworks if they come together again.

William Byron – Joey Logano: This one’s been boiling over since a Darlington Raceway finish where Logano…