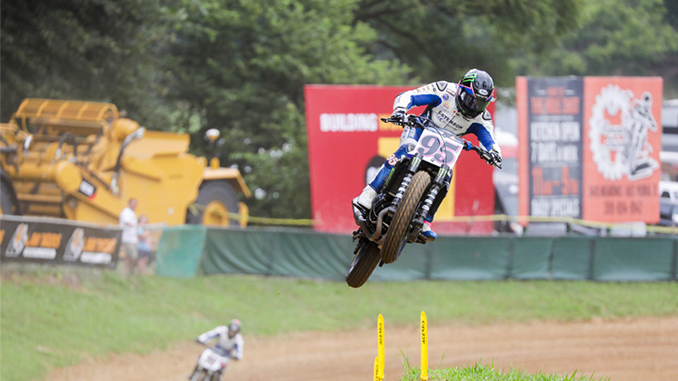 DAYTONA BEACH, FL – July 26, 2022 – (Motor Sports NewsWire) – While the opening nine rounds of the 2022 Progressive American Flat Track seasonplayed out on oval dirt tracks of all sizes, the second half will kick off on Saturday, July 30, with the first TT. And it’s not just any TT, it’s the World Famous SC2 Peoria TT presented by Country Saloon.

Reigning Mission SuperTwins presented by S&S Cycle champion Jared Mees (No. 1 Indian Motorcycle/Progressive Insurance FTR750) has accomplished almost every possible goal in his Hall-of-Fame-worthy career, but victory at the Peoria TT has proven just outside his grasp.

While Mees has finished as the race’s runner-up on multiple occasions, he’ll enter this year’s 75th edition of the fabled race as the underdog. Despite his vast skill and past success, Mees will be faced with perhaps the most stacked premier-class Peoria TT field in recent memory.

If the opposition didn’t look formidable enough already, “King” Henry Wiles (No. 17 Willy Built Kawasaki Ninja 650) is set to make his Progressive AFT return this weekend. Wiles is the most successful rider in the race’s history, assembling an incredible 14-race win streak from 2004-2018.

Other riders who could have say include ‘19 race runner-up Bronson Bauman (No. 37 Latus Motors Racing Harley-Davidson XG750R) and last year’s fourth-place finisher, Jarod Vanderkooi (No. 20 Mission Roof Systems Indian FTR750), not to mention the Mission Production Twins Challenge entrants, who have the potential to prove particularly potent in Peoria.