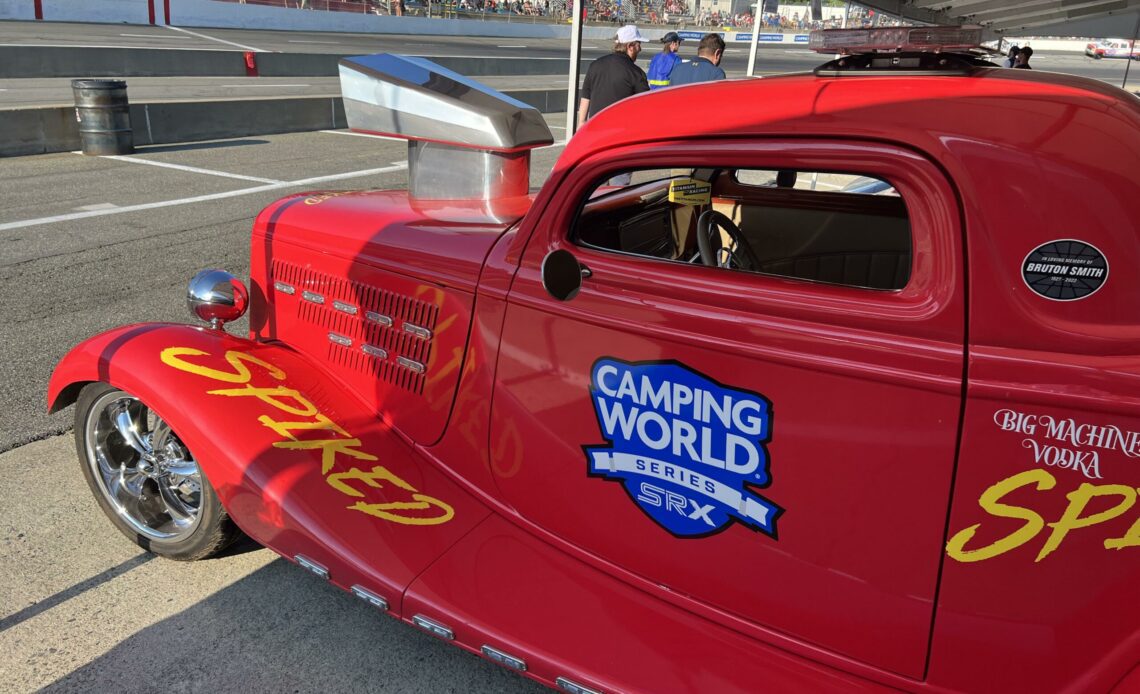 The 2022 Superstar Racing Experience (SRX) season has concluded following a dramatic conclusion at Sharon Speedway, in which Marco Andretti won the championship by passing multiple cars in the final laps despite breaking his wrist during the final wreck.

The four writers of Frontstretch who helmed coverage of the series over the previous six weeks — Michael Finley, Michael Massie, Adam Cheek and Anthony Damcott — decided to give one more take apiece before closing the book on the 2022 season.

There are a few aspects of the 2021 and 2022 SRX seasons that mirror each other. Tony Stewart won two races in each campaign. Chase Elliott came out on top in his guest appearance in both seasons. Bobby Labonte finished third in the standings.

That all said, the variety of winners was far different than in ’21: last year, things kicked off with a guest driver winning, plus two Stewart victories and wins from Trans-Am’s Ernie Francis Jr., NTT IndyCar Series’ Andretti and Elliott. In ’22, it was the NASCAR-based drivers (and veterans) who excelled besides Andretti, who claimed the title, and Helio Castroneves, who won the season opener.

Stewart won two races, Elliott one, Ryan Newman one, Labonte one. All told, those four drivers combine for 60 full-time seasons at NASCAR’s top level, plus five Cup Series titles. Whereas 2021 had three wins from drivers with NASCAR prowess, 2022 had four and an even more largely NASCAR-based field.

I say “veteran presence” in terms of that’s what SRX is all about, but it’s the older, grizzled veterans that truly led the way this season even more so than 2021. Every single race winner has been a major name in their respective series for 15+ years — I’ll give a little leeway to Elliott, who has yet to hit 10 years in the Cup Series, by including his dad Bill in the mix … the Elliott name overall, if you will.

SRX’s draw has been its roster of diverse racing backgrounds, and the series delivered in even further spades than 2021: for 2022, they had local track stars joining the mix like before, but added the IndyCar talents of Ryan Hunter-Reay, and several NASCAR-centric legends joined the fray as well.

As a whole, though, it was fantastic to see some sold-out, or if not sold-out then at least quite significant, crowds at the races and some great racing mixed in. Though I personally ended up unable to attend the race at South Boston Speedway, the racing was…