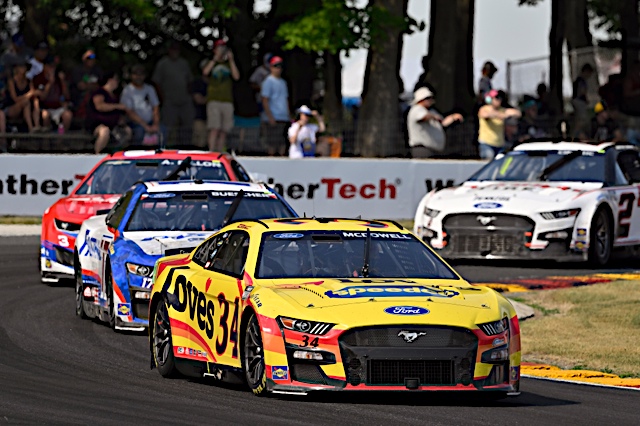 After last weekend’s race at Pocono, the team’s No. 34, driven by Michael McDowell, received an L2 penalty for an improperly modified part.

The team was docked 100 driver and owner points, fined $100,000 and crew chief Blake Harris was suspended for four races.

“Front Row Motorsports continues to assess the penalties levied against the No. 34 NASCAR Cup Series team and the circumstances leading to the issues with the team’s car after the event in Pocono this past weekend,” the team said via a statement. “FRM has initiated the appeal process with NASCAR and will have no further comment until after the process has reached a conclusion.”

While the penalties are under appeal, Blake Harris will be atop the pit box for the race at the Indianapolis Motor Speedway road course this weekend.

McDowell has one top five and eight top 10s in 2022, his best finish a third-place run at Sonoma Raceway.