Lando Norris explains where McLaren’s car is exposed the most 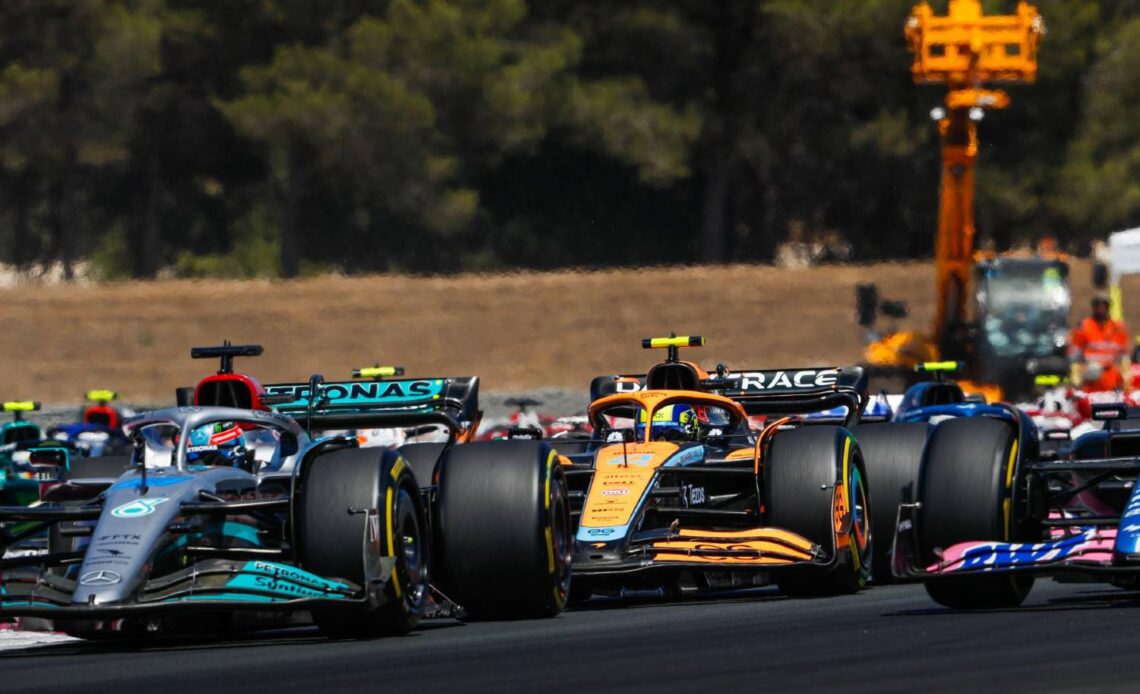 Lando Norris has gone into specifics regarding McLaren’s current weaknesses, highlighting the difference between qualifying and race pace.

McLaren are not the only team for whom Saturdays and Sundays provide a contrast in performance. For example, Mercedes and Aston Martin tend to shine more in the actual grands prix than they do in qualifying.

However, for McLaren it is the opposite scenario. The latest case in point was the French Grand Prix, where Norris qualified a highly encouraging fifth in an upgraded car but in the race fell behind Fernando Alonso’s Alpine and Carlos Sainz who was recovering from the back row of the grid.

That was exactly what the Woking-based team did not need because they are directly fighting Alpine for fourth place in the Constructors’ World Championship and they lost four points to their rivals at Paul Ricard, for in addition Esteban Ocon finished just ahead of Daniel Ricciardo.

Diving into the detail of McLaren’s plusses and minuses, Norris, quoted by Motorsport.com, said: “It shows the differences between people’s pace in qualy and races. For whatever reason, we maybe show a bit more pace in qualy.

“The new tyres, low fuel hides a lot of our issues and problems and as soon as we get to high fuel, old tyres, all those issues are exposed and we are just quite slow.

“The balance we have definitely goes away, the balance which gives us good lap time in qualifying. I lose a few of those things. That’s why we struggle more in the race with the front end through the apexes and stuff like that.

“We made some improvements after Friday in understanding the package. It just seems as a general package it loses a bit of performance come Sunday.”

It was put to Norris that sometimes qualifying pace can be similarly important to race pace, especially at venues where it is difficult to overtake.

“Yeah, it’s true at certain tracks, but at a lot of tracks you still want a good race car,” he added. “You need a good package. You need one that’s good in qualifying and good in the race.

“Even though I was ahead of George [Russell, on Saturday] he still finished on the podium.

“So you probably still prefer a good race car over a qualy car throughout the season. And it’s just not what we have at the minute. We will still look into all the updates…