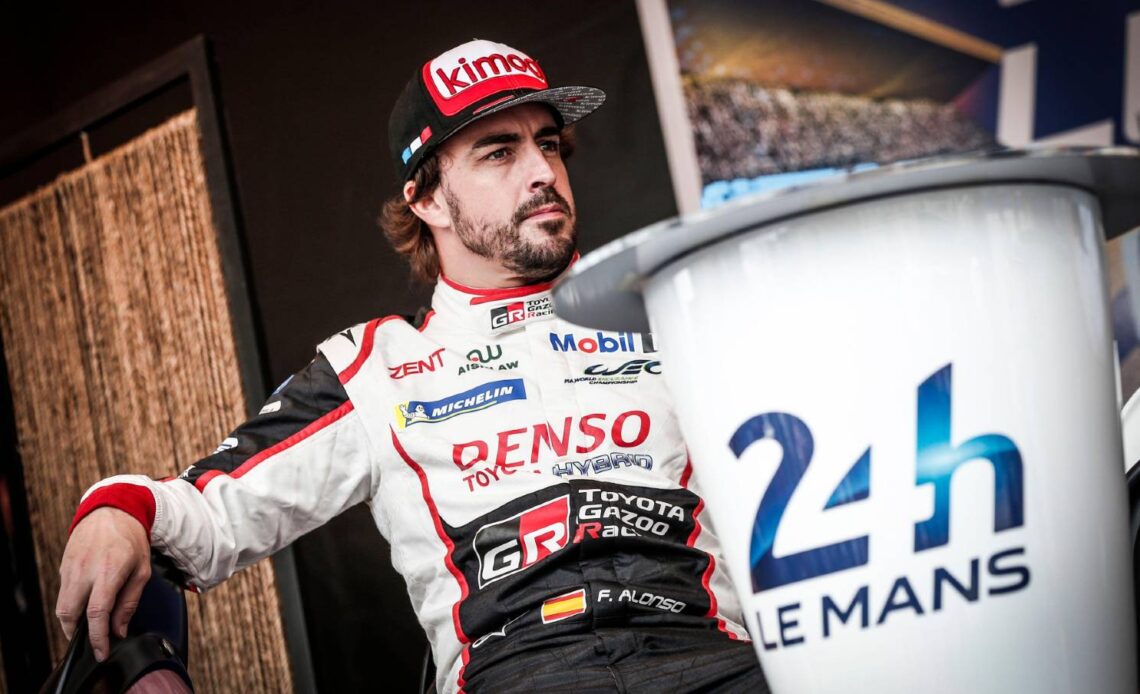 Fernando Alonso’s talks about extending his stay with Alpine include not only more time in F1, but also another Le Mans tilt.

The Spaniard, who will turn 41 on the day of two free practice sessions for the Hungarian Grand Prix, has been taking his return to Formula 1 a season at a time in terms of contracts since his comeback last year.

Discussions are currently taking place about 2023 as Alpine finalise plans for Alonso, Esteban Ocon who has been with them since 2020 and their Australian academy prospect Oscar Piastri, the reigning Formula 2 champion.

Alonso, of course, has long maintained he is happy to keep racing in F1 for another couple of years, but naturally will want to see clear signs of the team he is with being able to provide a car that can challenge for victories.

That has not happened yet with Alpine – his best finish is third in Qatar, while Ocon won a chaotic 2021 Hungarian Grand Prix – but is very much the target going forwards.

However, beyond F1 there is a strong chance the two-time former World Champion could renew his connection with the Le Mans 24 Hours, which he won in 2018 and 2019 with Toyota, on the first occasion while still a grand prix driver for McLaren.

“For us, he is that champion and he will always have a seat in LMDh. The day he switches, he will be welcome in this team.

“So obviously this is part of the discussion. We actually made that decision also thinking about it in the first place.”

Although this year’s Le Mans did not go as well for Alpine, who finished down in 23rd position, they are leading the World Endurance Championship having won two of the other three rounds held so far, at Sebring and Monza, with two more to go.

Their current driver line-up is Nicolas Lapierre, Andre Negrao and Matthieu Vaxiviere in what is a ‘grandfathered’ non-hybrid LMP1 car eligible…