Mason Filippi On Racing Hyundais & Dipping His Toes In NASCAR 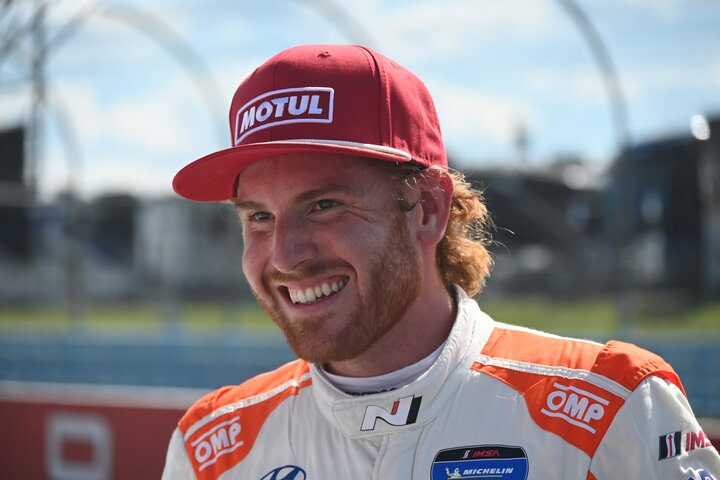 Mason Filippi is a driver whose experience is primarily in sports car racing. He is a past champion in SRO America’s now-defunct TCR class that raced as part of TC America. More recently, he has competed full-time in IMSA Michelin Pilot Challenge, first for Copeland Motorsports, then for Bryan Herta Autosport in a Hyundai.

These days, Filippi is trying to break into NASCAR. Frontstretch sat down with Filippi at Lime Rock Park to talk about his season at Bryan Herta Autosport, his attempt to transition to NASCAR and more.

Phil Allaway, Frontstretch: It’s been an interesting year for you here in IMSA Michelin Pilot Challenge. If the Elantra shows up, it’s been on the pole. It’s been on the pole four times, you have two and Tyler Maxson has two. Unfortunately, the finishes haven’t shown this pace.

As a result, you’re currently 13th in points. The big issue this year has been the big wreck at Sebring that forced you to a Veloster for two races.

How much did that set the team back?

Mason Filippi, No. 77 Hyundai Elantra N TCR: It was really tough for the team. Especially coming out of the [COVID-19] pandemic, it’s really tough to get parts for everybody. It’s been tough, so having the Veloster [was critical].

We had to rebuild the one that we did get. Bryan Herta Autosport put together a great car, but we ran into a lot of gremlins. It’s one of those things that happens.

Allaway: Outside of the big wreck, what else has been troubling your team in the races?

Filippi: We’ve just run into some issues, nothing crazy, but just a few things. Tyler and I have been really fast, but unfortunately, some things have happened with our car where we’ve been unable to finish the race. Even though we show a lot of speed, we haven’t been able to put everything together.

I think when you come from, for example, the TC race, which is a sprint race as opposed to an endurance race, there’s a lot of attrition from the track being so tight. The walls are so close, so for the first half, first three-quarters of the race is all about keeping your car good for your teammate.