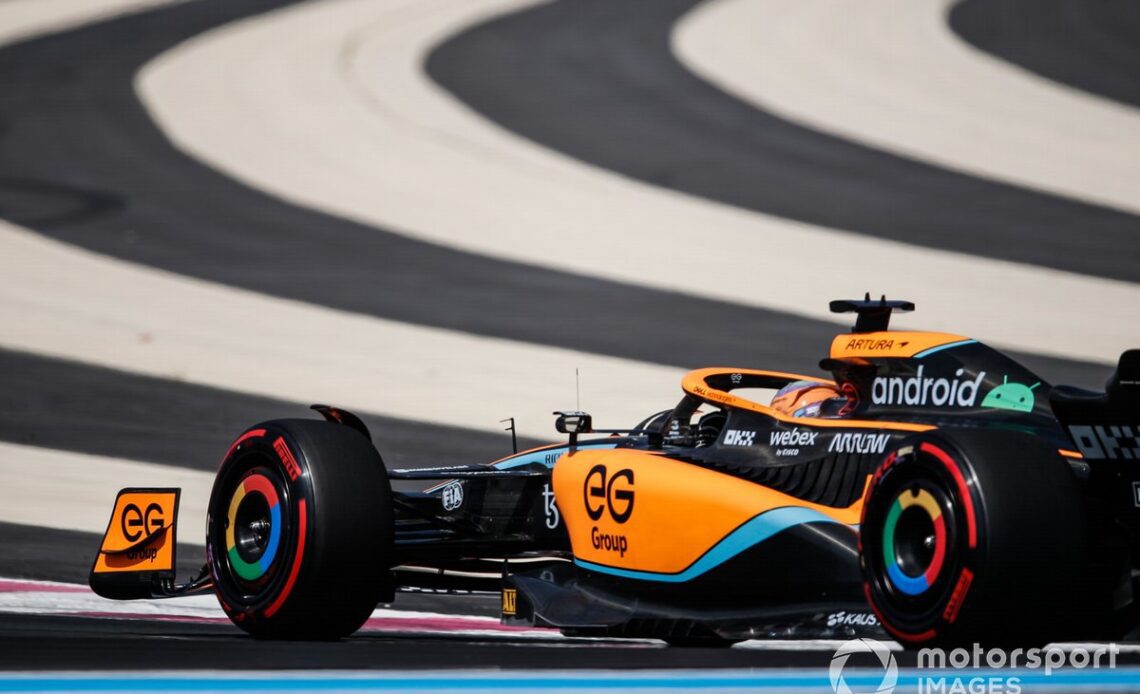 The Woking-based team started the 2022 campaign on the back foot, as brake problems in the final pre-season test in Bahrain left it struggling for pace at the Sakhir opener.

The extent of its troubles there prompted McLaren to put in place a recovery plan to get it back towards the front of the pack – which appears to have worked with the outfit in a fight with Alpine for fourth place in the constructors’ championship.

But one of the legacies of that plan was that McLaren would opt for a series of spaced out major updates, rather than consistently bringing new parts to every race.

And that has often left it out of kilter with rivals, who make performance steps every race when new bits arrive.

Speaking about McLaren’s decision-making process in electing for fewer but bigger upgrades, technical director James Key explained that things were set in stone in the wake of what happened at the very first race.

“To be brutally honest, when you get a shocker like Bahrain, you have to make a plan,” explained Key. “When you make a plan, you put everything in a direction, as it’s very difficult to rein in a plan.

“I emphasise this massively at every team I’ve been to: have a good race to begin with, and you open up freedom. Have a shocker, and you think: ‘Jesus is that where we are?’, which is what we thought maybe was the case.

“Luckily, it wasn’t but it could have been. So you’ve got to say: ‘okay, here’s what we’re going to do and this race and this race there will be a big step’.

“And this is still a sort of an effect of that.

“I think if you can trickle stuff, it’s definitely easier on the workforce and more efficient. But this is a bit of an aftershock from the first race. Equally, it’s giving everyone structure to the development plan, and clear deadlines, which I think the team is appreciating as well. I’d love to be in a more kind of trickling bits approach, but that’s where we are at the moment.”

Key suggests that the fluctuations of form between teams, with McLaren having races where it was at the front of the midfield battle and other events more struggling, could be explained by competitors being out of sync with updates.

That is why he was not getting too carried away with Lando Norris having managed to split the Mercedes in qualifying for last weekend’s French GP.

“We have very short memories in this sport,” added Key. “We were…