What are the compounds and what do they mean? 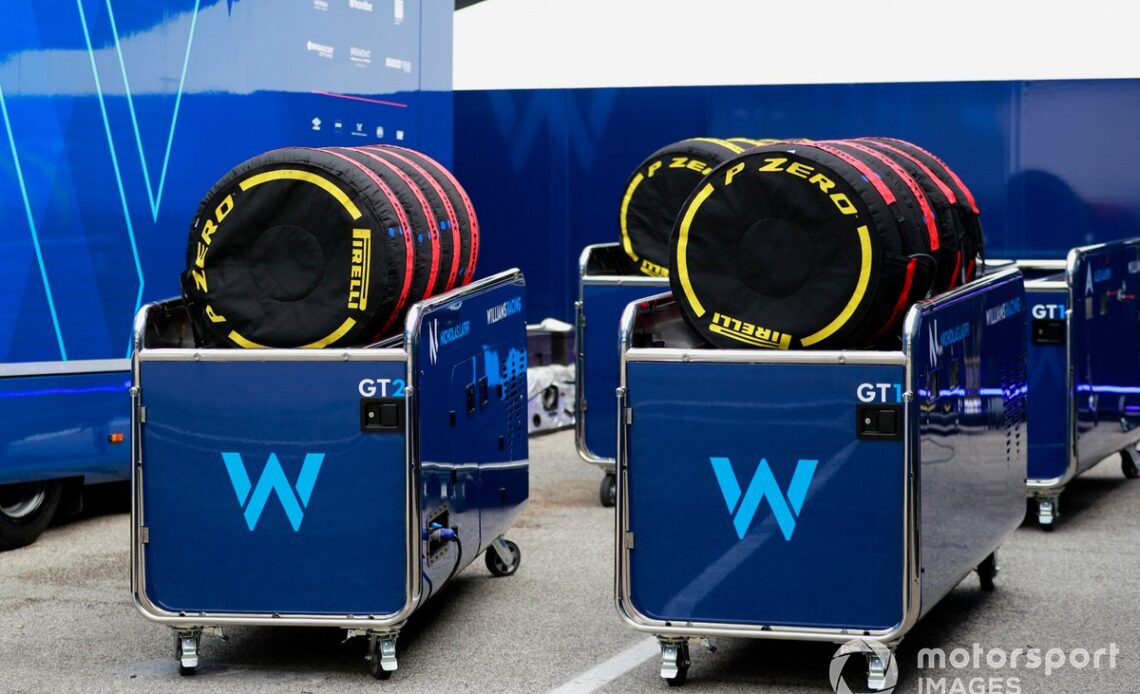 For as long as cars have raced each other for grand prix wins, tyres have played a crucial role in securing victory. As the only contact points between the vehicle and the road, through which every piece of engineering wizardry must ultimately be channeled, that’s logical enough.

And although the technology has progressed in line with everything else in Formula 1, the fundamental challenge around tyres has remained virtually unchanged since the very first world championship event in 1950. How do you get the most grip (and thus corner speed) from your rubber – without wearing it out too fast or too soon?

What are the tyre compounds used in Formula 1?

Tyre compounds refer to how hard or soft the rubber is on a particular type of tyre – and they introduce a critical variable to the Formula 1 tyre equation.

On any given weekend, drivers can choose from soft, medium and hard compounds for dry weather conditions. These ‘slicks’ are marked red, yellow and white respectively. There’s also a full wet compound (marked blue) for racing in serious rain, along with an intermediate (marked green) for a damp, in-between track surface.

All of these are supplied by Italian manufacturer Pirelli. While there have been periods of ‘tyre war’ competition in the past, and no less than nine manufacturers have shod cars in world championship races, Pirelli has taken exclusive care of F1’s rubber needs since 2011.

What’s the difference between a soft, medium and hard tyre?

As we mentioned up top, the essential challenge with tyres is to get as much road-holding performance (grip) as possible – and maintain it for a reasonable length of time. If tyres provide excellent handling but wear out after a lap or two, that’s not going to be much good for winning races. Because once tyres are worn, handling deteriorates and the danger of a blowout increases. Which in turn means pitstops become necessary sooner rather than later. And you don’t want to lose time making too many of those, no matter how fast your car is when the tyres are fresh.

So, tyres are always a compromise between performance and endurance. In Formula 1, the different tyre compounds mean teams have the choice of which way they want to shift this compromise. In theory – which doesn’t always match practice! – a softer tyre is faster but wears out sooner. A harder compound lasts longer, but doesn’t provide the best…