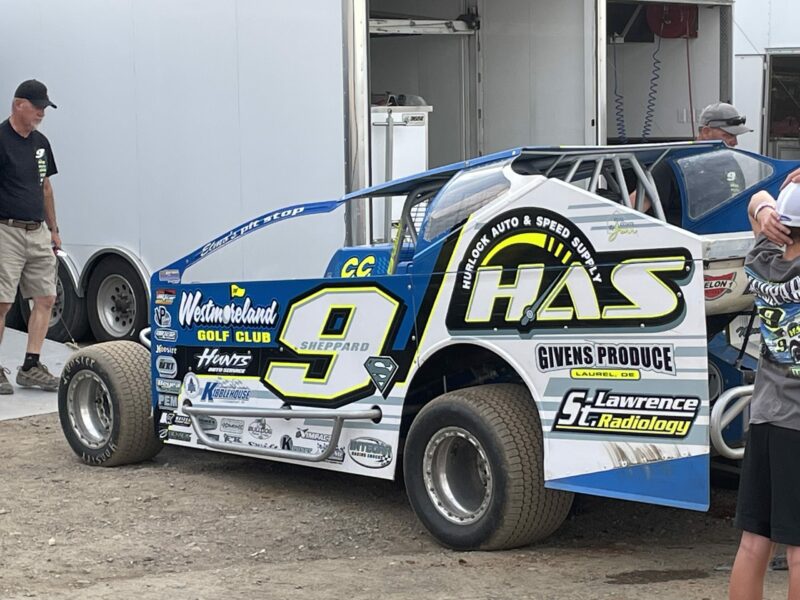 Matt Sheppard won the Battle of the Midway 73 in a rout at Orange County Fair Speedway, extending his hot streak in Super DIRTcar competition.

Matt Sheppard blew past Max McLaughlin on lap 14 and never looked back, obliterating the Super DIRTcar Series field to win the Battle of the Midway 73 Thursday night (July 28) at Orange County Fair Speedway. The win was Sheppard’s third on the DIRTcar circuit in 2022 and second in a row, dating back to a win at Big Diamond Speedway two weeks ago.

. @DIRTVision REPLAY: Matt Sheppard gets his Third Feature Win of 2022 in the 73 lap Battle of the Midway! pic.twitter.com/sUx6lxwE1Y

A 59-lap green-flag run to start Thursday’s feature ended with a caution for Brian Calabrese stopping on track, a yellow that seemed primed to introduce some drama to the event, with Anthony Perrego showing pace after a pitched battle with McLaughlin put him in the runner-up position. On the lap 60 restart as well as a second restart on lap 67 though, Sheppard ran away and was never challenged by Perrego.

I wasn’t at Orange County this Thursday night, but I was present to see Matt Sheppard’s win at Big Diamond two weeks ago, and just like that race, Sheppard proved absolutely untouchable once he got out front and was dictating the pace of the race. For Sheppard to pull away from both Perrego and McLaughlin while dicing through lapped traffic spoke volumes to just how strong his No. 9 car was. The best car won Thursday night.

It was disappointing that Anthony Perrego couldn’t actually challenge Sheppard for the race win, but the mid-race battle between he and McLaughlin for second and third was excellent stuff.

Current Lucas Oil Late Model Dirt Series points leader Tim McCreadie returned to his modified ranks while that tour is on an off weekend and put on a show, winning the second heat race and scoring a top-10 finish in the feature.

Best part of Big Block racing is probably the lack of travel and sleeping in your own bed every night. https://t.co/T2pmr1IWrf