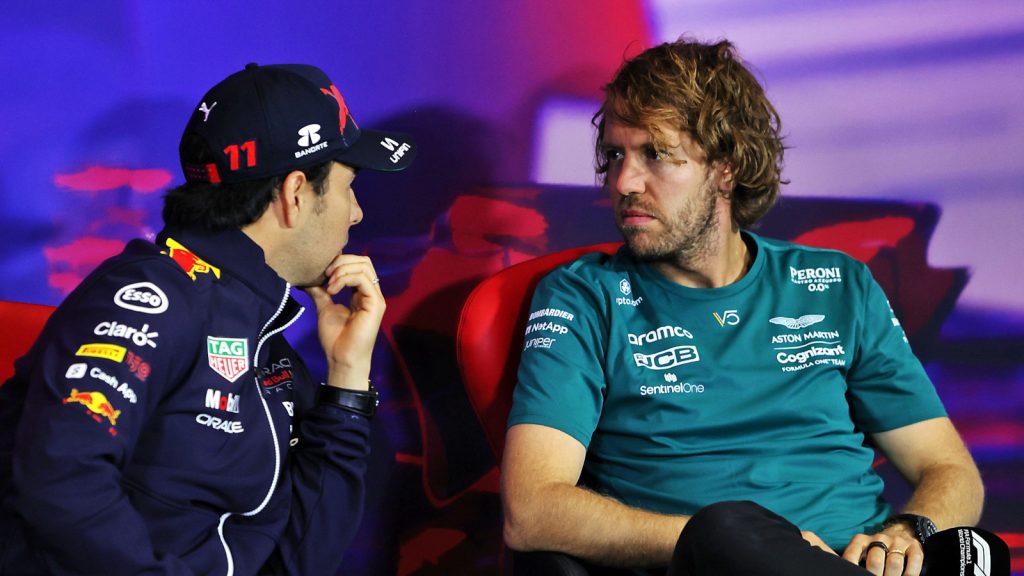 Aston Martin’s Mike Krack has sung Sebastian Vettel’s praises as the team await the driver’s decision on whether he will continue with them for 2023.

Vettel’s current deal with Aston Martin ends at the conclusion of the 2022 season, with the ball seemingly in the four-time former World Champion’s court as to whether he wishes to continue or not with the team.

Rumours have swirled all season that this year could be Vettel’s last in F1, given his increasing interest in environmental causes away from the sport as well as a young family at home in Switzerland. He also was recently fined by the FIA after expressing frustrations during a driver meeting, which resulted in him storming out of the room.

Given Aston Martin’s relative lack of success, and no guarantee of a seat elsewhere, Sky F1 broadcaster Ted Kravitz hypothesised Vettel’s behaviour hints at potential retirement from the sport.

Aston Martin team boss Mike Krack, who worked directly with Vettel during the German’s early days in F1 at BMW-Sauber, has said the German driver continues to impress the team to whom he committed his future after being ousted from Ferrari at the end of 2020.

“I very [much] hope he stays with us. The next weeks will tell,” Krack said on the Beyond the Grid podcast.

“I think he needs to make up his mind, but when you saw him in Baku (where Vettel finished sixth), when you saw him in Canada, as soon as the car was a little bit back there, you saw the fire in his eyes and you could hear on the radio or in the debriefs there was total focus.

“When you know him, you hear how he talks – he’s on it. You could see he was satisfied and you could really sense he was enjoying what he was doing. And I hope he continues doing so.”

With Aston Martin’s AMR22 proving to be one of the weaker cars on the grid, for example Vettel qualifying plum last at the Austrian Grand Prix, Krack said his professionalism in the wake of such disappointments helps to keep the team motivated.

“[He dealt with it] very professionally,” Krack said.

“He knows very well after results like that the team is down, everybody is down. It would be so easy for him to come in and be frustrated and make comments that are even more frustrating for everybody because a lot of drivers cannot hide their frustration.

“They just release it into the team or into the press. Sebastian doesn’t do that. He’s very self-critical.

“If he thinks he had a part in the result, he is not too…