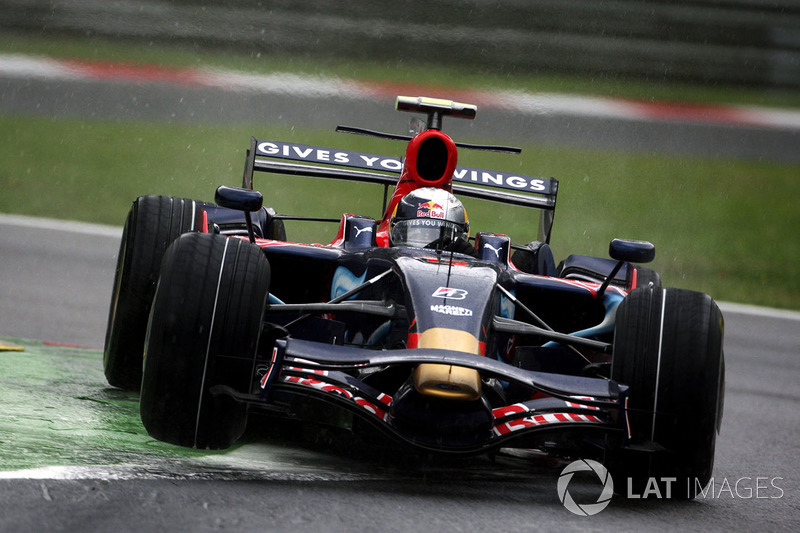 Citing a desire to spend more time with family, Aston Martin racer Vettel will bring to a conclusion an F1 career that began with BMW-Sauber in 2007 before taking in spells at Toro Rosso, Red Bull and Ferrari.

The German’s 53 wins make him the third most successful driver in F1 history by that metric, and means there are plenty of options for Autosport’s team of writers to pick from when assessing his best drives.

Autosport compiled a list of Vettel’s greatest wins in 2020, but this list is made up of Autosport journalists’ favourite Vettel moments.

The 2008 Italian Grand Prix was the genesis that started the Vettel legend, as Autosport’s front cover proclaimed ‘Wonderkid’. Whatever he’d do for the rest of his career, he was the first driver to score a win for the underdog team formerly known as Minardi, which had been more accustomed to propping up the grid in previous years.

The Faenza outfit had been bought out by Dietrich Mateschitz and turned into the Red Bull junior team, Toro Rosso, for 2006, but achieved little by way of results before Vettel was brought in to replace Scott Speed midway through the 2007 season. He was running a remarkable third at Fuji in the wet before tangling with Red Bull stablemate Mark Webber, then at the Chinese Grand Prix finished an excellent fourth – equalling the best-ever finish by Minardi.

But at Monza the following year, Vettel took the team to new heights. On a sodden track in qualifying, Vettel breezed to his first career pole and executed his two-stop strategy flawlessly in the race to become F1’s youngest-ever winner with what team boss Franz Tost called “a perfect drive from start to finish”.

It was, Autosport’s report reflected, “a case study in wet-weather brilliance” as he benefitted from a clear road to drive off into the distance and win by 12.5 seconds from Heikki Kovalainen. Alas it was not a grand slam, as he set only the 14th-quickest race lap. This though, was a sign of his maturity.

“Almost all of the fastest laps came on the last lap when the track was at its driest – and when he didn’t need to be any quicker than he was,” surmised Autosport.

The bulk of his winning was done with Red Bull, but it was in a humble Toro Rosso that Vettel surely produced his greatest F1 feat.