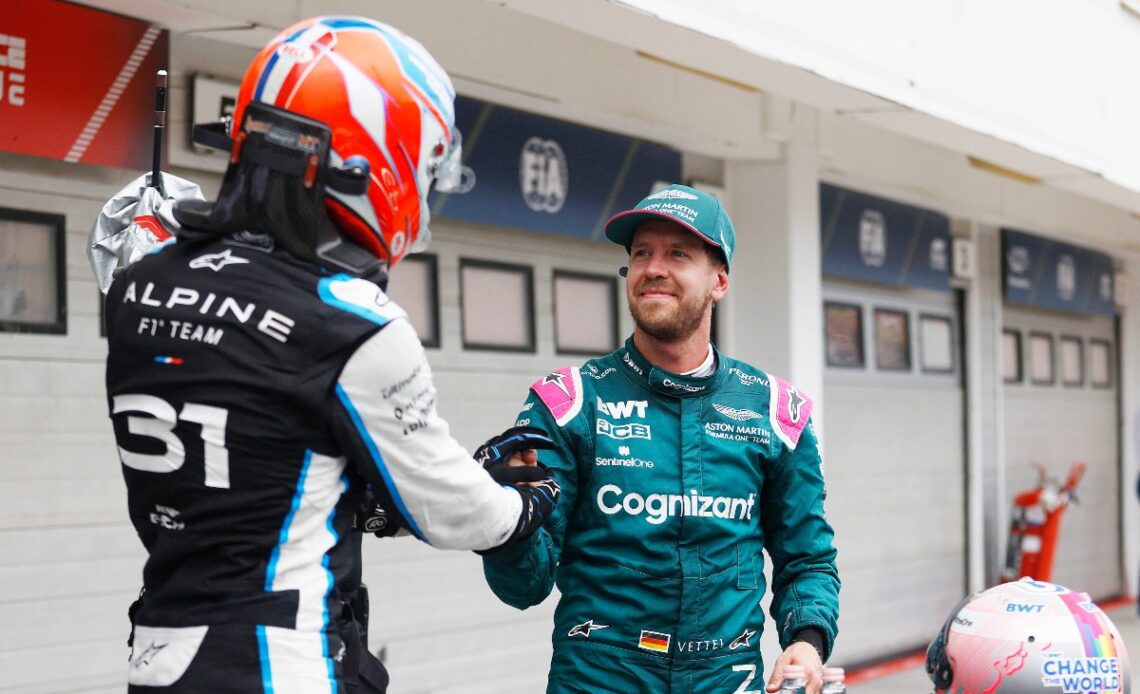 Esteban Ocon was left surprised at Sebastian Vettel’s retirement from F1, saying that was not the impression he got when he spoke to him a few weeks ago.

The German made the announcement on Thursday ahead of the Hungarian Grand Prix following increased speculation around his future.

Vettel leaves the sport as one of the most successful in history with only Michael Schumacher and Lewis Hamilton having earned more race victories and only Hamilton, Schumacher and Juan Manuel Fangio having won more World Championships.

The 35-year-old made the decision as he wants to spend more time with his family but it left Alpine driver Ocon surprised having spoken with Vettel just a few weeks ago.

“I’m very sad to to see him leaving,” Ocon said during the drivers’ press conference before the Hungarian Grand Prix. “I spoke to him a couple of weeks ago and that’s not the thought I had, you know, when I spoke to him about his future and everything.

“I hope he will enjoy his retirement and that he will be happy with everything he does. I’m sure he will.”

The Frenchman also hailed Vettel as a “great ambassador” for the sport and said the German was never afraid to speak his mind when he felt it was the right thing to do.

“I think on our case he was a great ambassador of all drivers,” Ocon said. “He has raised his voice when there was concern for our safety and for any sorts of things that he didn’t like in regards to drivers. In that regard, I hope he doesn’t stay too far away from the paddock.”

Ocon was not the only one to speak highly of Vettel in the press conference with former team-mate Daniel Ricciardo describing him as a “legend.”

The two raced at Red Bull together in 2014 and the Australian said it was a “privilege” to do so.

“In a way it’s sad of course because you know you’re losing a bit of a legend of the sport,” Ricciardo said. “Obviously, [I] personally spent some time alongside him, which was for sure a privilege.

“I learned a lot in 2014 alongside him and even before that when I was a reserve driver and just being being around the team and watching how he’d work, it was just always interesting. He had a lot of good traits and a way to get people behind him and rally but also be very…