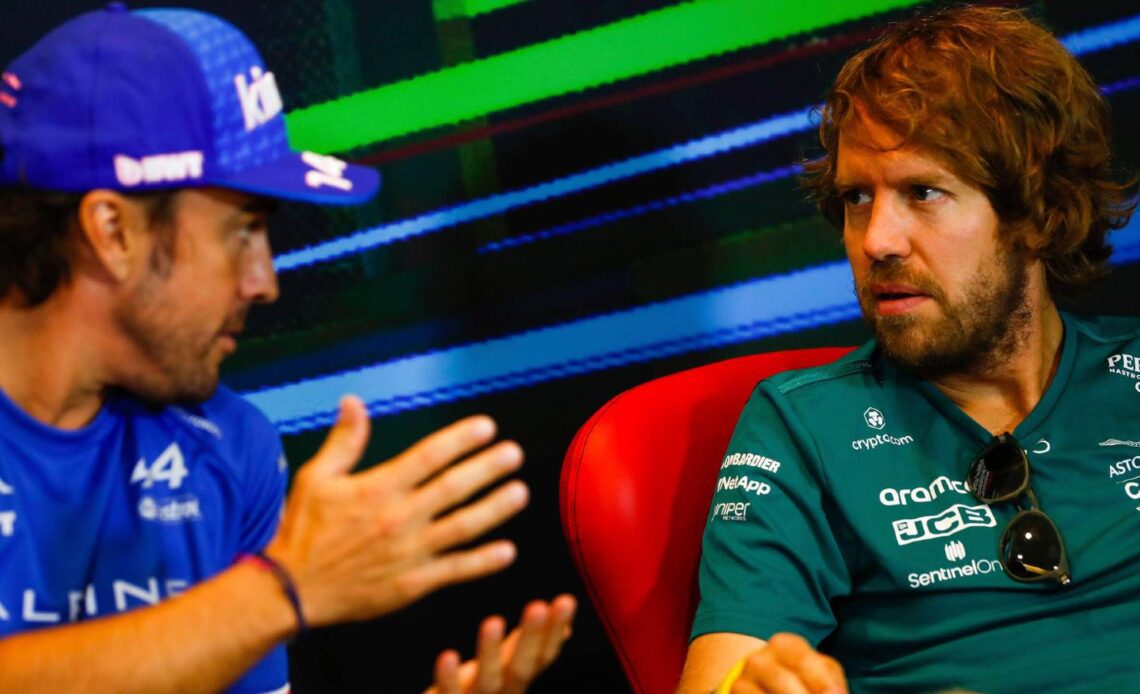 Fernando Alonso said that the Aston Martin seat is “an option” as speculation round his future at Alpine continues.

F1’s ‘silly season’ has begun after Sebastian Vettel announced he would be retiring from the sport at the end of the 2022 campaign.

As it stands, there are eight seats currently vacant for next year with only McLaren, Red Bull, Ferrari and Mercedes having confirmed their driver lineups for 2023.

One of the drivers whose future has been the most talked about is Alonso as his Alpine contract is set to expire at the conclusion of the 2022 season.

A decision on Alonso’s future has been increasingly pushed back having first been scheduled for the British Grand Prix but it now looks more likely that talks will begin in the summer break.

However, Alonso, who will turn 41 on July 29, may find his place under threat despite a strong showing this season as Alpine have the highly rated young prospect Oscar Piastri waiting in the wings.

The Spaniard has now said that all teams without both drivers signed are “an option” but that his priority is Alpine.

“From the beginning of the summer break, it will be the point I need to sit down and conclude something,” Alonso told reporters in Hungary. “The summer break starts on Monday.

“All the teams are an option as long as they don’t have two drivers signed. My priority is to be with Alpine.

“We’ve been working and developing this project together for two years now. We are more and more competitive.

“Probably my wish is to stay. But we didn’t sit down completely and move forward with things. So still everything is ongoing.”

Aston Martin have big plans for the future and while their fortunes in the sport have stagnated since the rebranding from Racing Point, it could be an appealing move for Alonso who said he feels “very fast” this year.

“I think I am fresh here [in F1], very motivated,” he said. “I’m looking forward so much into next year, what the second year of these rules will bring.

“We race in Las Vegas, we race maybe in South Africa. All these things, they are very appealing.

“I feel very fast this year, last year was a struggle a little bit. But this year I feel at my 100 per cent.

“Now even thinking about sportscars or IndyCar it’s like…