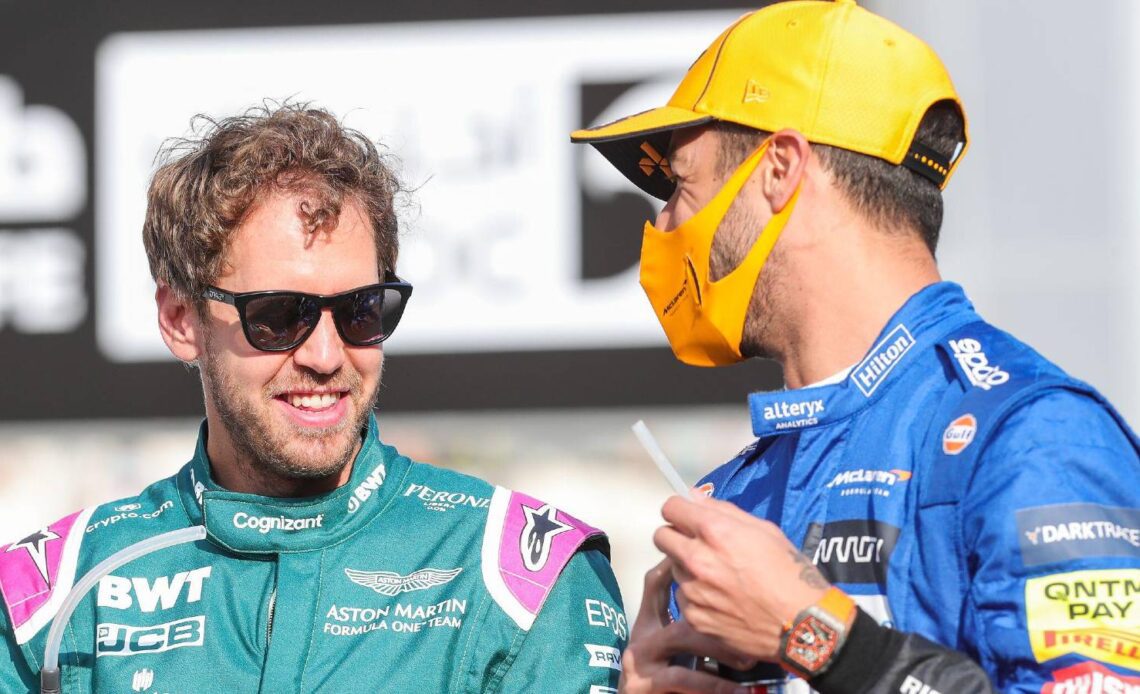 Five current F1 drivers have ruled themselves of jumping ship and taking the recently vacated Aston Martin seat for next season.

Sebastian Vettel announced on Thursday morning that he would be calling time on his stay in Formula 1 at the end of the season, marking the close of a 15-year career.

While the tributes poured in for the four-time World Champion, thoughts, as they always do, turned towards the future and who is likely to partner Lance Stroll at the team next season.

Aston Martin have yet to make any official announcement as to who will take up the vacant seat meaning Formula 1’s ‘silly season’ is set to start early this year.

But five men have already ruled themselves out of the running.

Ahead of the Hungarian Grand Prix, Daniel Ricciardo, Alex Albon, Valtteri Bottas, Esteban Ocon and Kevin Magnussen were all asked if their heads had turned towards a potential job vacancy but all five confirmed they would be staying put.

The question was put to them during the pre-race press conference by Sky Sports F1’s David ‘Crofty’ Croft and Ricciardo was the first to pour cold water on any speculation.

“Did you hear any of my interviews last week Crofty?” the McLaren driver asked, referring to his stated commitment to the team.
“Obviously it’s nothing against them but, as I said last week, my future is clear and it’s here.”

NEWS: Sebastian Vettel will retire from #F1 at the end of the 2022 season, bringing one of the greatest careers in the history of the sport to a close.

Williams driver Alex Albon praised Aston Martin and their expansion but said his thoughts had to remain on this season.

“No, obviously Aston Martin, they’re a great team. They’re clearly expanding as a team as well but, you know, the focus right now has to be on this year and I will leave it at that.”

Ocon already has experience with the team having driven for them alongside Sergio Perez when Racing Point purchased Force India in 2018.

“Well I’ve been [there] already,” the Frenchman said. “If you look at my Twitter account from 2018, it says Aston Martin Aramco, whatever. So I’ve been racing for the team basically back then.