Hamilton leads tributes to “one of the greatest in F1” Vettel 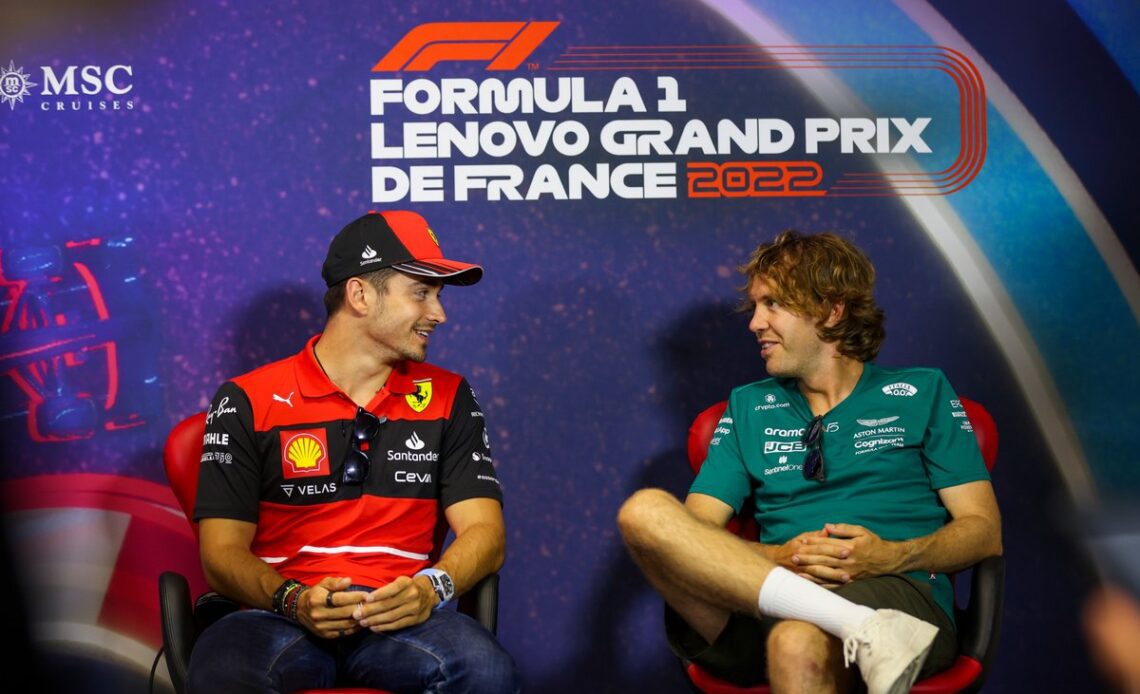 On Thursday ahead of the Hungarian Grand Prix, Vettel announced via his new Instagram account that he would be retiring from F1 at the end of the 2022 season.

Both Hamilton and Vettel have been racing in F1 for almost exactly the same time, with the latter making his debut midway through the 2007 campaign that also marked Hamilton’s first.

Former title rivals in the late 2010s during Vettel’s stint at Ferrari, both drivers in recent years have emerged as the moral leaders of F1 in their calls for societal changes and action on the world’s climate crisis.

When asked about how he will remember Vettel as a driver, Hamilton said he was “one of the few people that made it not feel lonely” in F1.

“I kind of knew that it was coming, as there’d been hints, but the realisation of it is another thing,” Hamilton said of the Vettel news.

“And I would just say naturally, my first feeling is it’s sad to see that he’s stopping. And then I have not had a lot of time to think about all the journey that we’ve gone through together.

“But when I talk about the journey that I’ve felt I’ve experienced in this sport, and kind of often feeling that it’s been relatively lonely, I would say he’s one of the few people that made it not feel lonely.

“He stood by me through a lot of things. I always remember 2007, the press conference in Magny-Cours, and him being very, very outspoken in the driver’s briefing.

“And I knew then that he was going to be a powerful figure in the sport. But then seeing his success, and then seeing that he puts others before himself and he’s been so brave in speaking out and standing for what he believes in.

“We talk about legends in our sport. I don’t really love that name, or that title, to be honest.

“I think he’s one of the greatest people that we’ve seen in the sport. And we need more like him. I’m sad because I will have lost an ally inside the actual sport on the grid.

“But I know that outside, he’ll be doing great things. And I hope that we will always remain friends. I hope that there’ll be other things that we get to do together outside.”

Former Ferrari teammate Charles Leclerc – who revealed Vettel sent him a consoling text following his French GP crash – said it was “sad” to see Vettel retiring, adding: “At least it’s sad for me.

“Maybe for him he’s much happier in the place he’s going now. Obviously, it’s going to be strange to not see Seb inside the paddock.