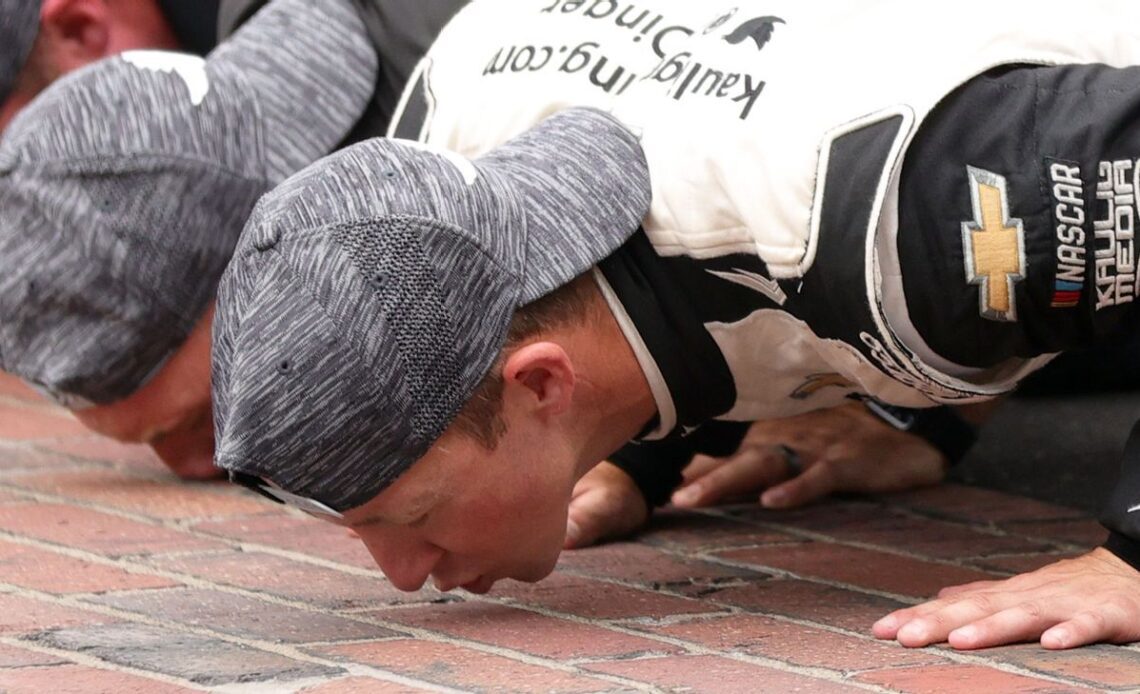 Yes, the race still has the word in the title — the Verizon 200 at the Brickyard. Indy is still Indy and Indy will always be amazing. The trophy that AJ Allmendinger hoisted after his shocking win one year ago looked the same as the one earned by the likes of Jeff Gordon, Dale Earnhardt, Jimmie Johnson and their fellow legends. And like every Indianapolis winner — stock car or otherwise — since Dale Jarrett in 1996, “The Dinger” fell to his knees and kissed the yard of bricks.

It is summer. It is Indianapolis. It is stock cars at Indianapolis in the summer. But let’s be honest: It’s just … different.

“When you retire as a driver, what do they do to measure you against the greatest who’ve ever raced in NASCAR?” Denny Hamlin asked rhetorically. “They want to know how you did in the ‘crown jewel’ events. For me, that was always Daytona 500, Coca-Cola 600, Southern 500 and the Brickyard 400. I still want to win at Indianapolis because I never have. When I do, I will be so excited. I will have won at the Brickyard, but I will not have won the Brickyard 400. No one will, I suppose, from now on.”

– Watch Formula One and the W Series all season long on ESPN
– Don’t have ESPN? Get instant access

On Sunday, the NASCAR Cup Series will take the green flag at the Racing Capital of the World for the 29th time. That is a mind-bending number for those aged enough to remember when the old-school Indianapolis 500 crowd said that “taxicabs” on their track was like spitting on the floor of a cathedral. But for the second straight summer, stock cars will not be racing on the most hallowed 2.5 miles of horsepower’s high holy ground, the 113-year-old rectangular circuit that berthed modern motorsports. Instead, they will only wheel their way down a portion of a short chute and a sizable chunk of the frontstretch but will enter and exit those straights after weaving left and right through the larger section of the Speedway’s 2.439-mile road course.

“I think that was the strangest part of last year, just rebooting the way your brain approached the whole weekend. Even the way you drive around the infield in your street car is different,” confessed Kevin Harvick, a three-time Brickyard 400 winner and victor in the last two oval editions in 2019 and 2020. He grew up wanting to follow in the tire…