Is Ferrari’s F1 title hopes over after the French GP? 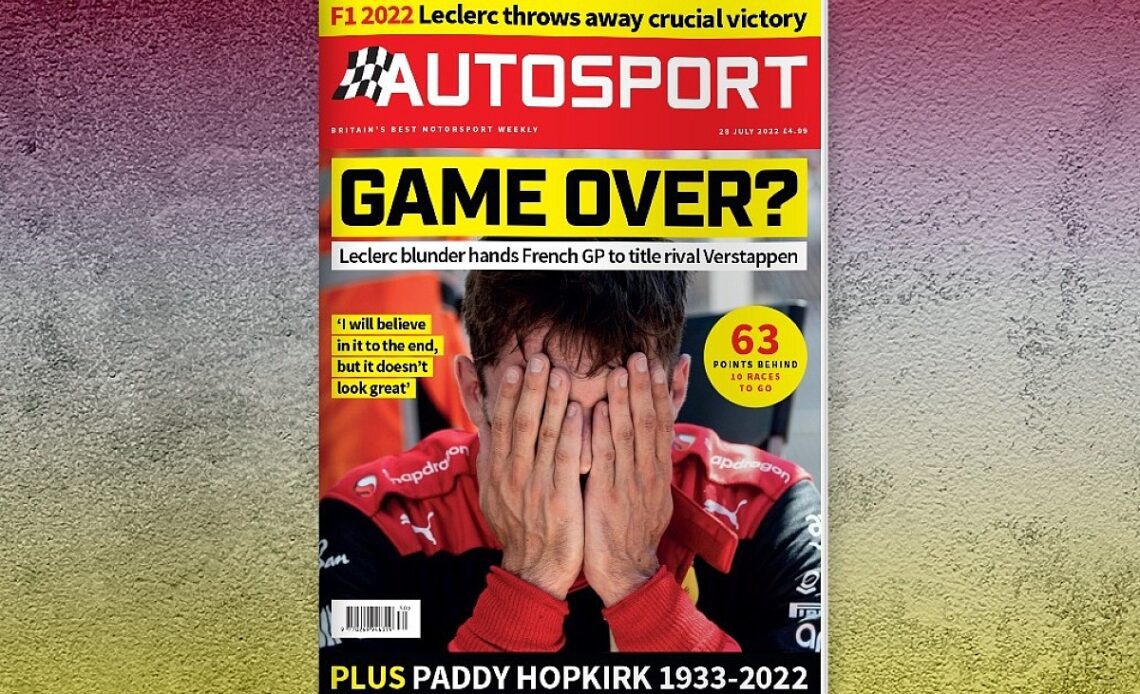 Charles Leclerc was putting up a fine battle against title rival Max Verstappen in the French Grand Prix when he lost the back end of his Ferrari and crashed.

As Alex Kalinauckas shows in our race analysis, Ferrari and Leclerc had performed brilliantly to offset Red Bull’s straightline speed advantage at Paul Ricard. The race was finely poised – with both teams reckoning they could win it – before the moment that took the sting out of the race and made the championship ‘battle’ look more mathematical than realistic, with Verstappen now 63 points clear.

We do, however, look at the one weakness Red Bull still needs to address, as well as rating all the drivers – two managed maximum scores this week, including Lewis Hamilton in his 300th F1 race.

Elsewhere, David Malsher-Lopez reports on the dramatic IndyCar double-header at Iowa. Penske’s Josef Newgarden won the first race and looked good for a repeat on Sunday until a failure put him in the wall and into hospital.

The World Touring Car Cup suffered another torrid weekend as Lynk and Co withdrew all five of its cars at the Vallelunga meeting. Damien Smith weighs up the rights and wrongs of the event.

James Newbold speaks to key figures who have worked with Audi stars Rene Rast and Nico Muller to find out what makes them so good, even in the DTM’s new era, while Jamie Klein hears from Super Formula race winner Sacha Fenestraz on the challenges of making a career in Japan after COVID.

Paddy Hopkirk was a true legend of motorsport and Tom Howard pays tribute to the 1964 Monte Carlo Rally winner, who died last week, in our Pit + Paddock section.

Staying on the rallying theme, the National section investigates the fantastic historic rally project that has once again made the Fiat 131 a true challenger to the Ford Escort Mk2. There’s also all the usual news and reports from UK motorsport, including another controversial British GT meeting that has left the results in doubt.

For the best motorsport coverage, from F1 to Britain’s club-racing scene, why not get Autosport magazine delivered to your door each week? Subscribe today and never miss your weekly fix of motorsport: www.autosportmedia.com/offer/article