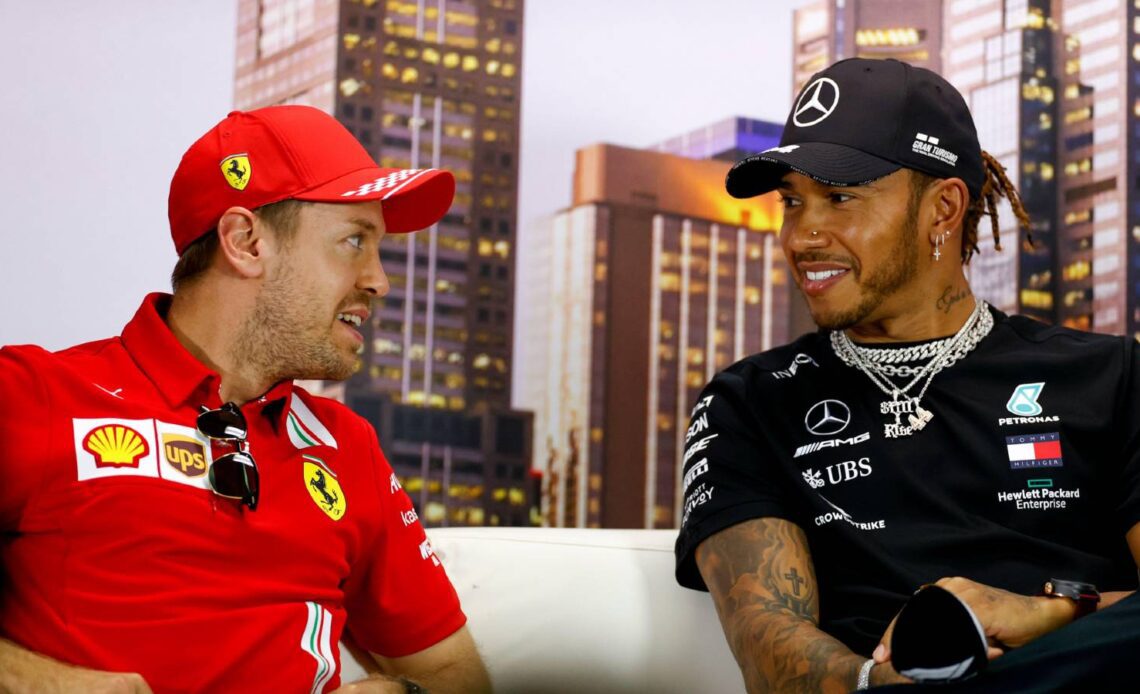 Lewis Hamilton has paid a glowing tribute to his former World Championship rival Sebastian Vettel, who has announced his retirement.

Vettel made his Formula 1 racing debut in 2007, the same year as Hamilton, and will call time on his career in November at the Abu Dhabi Grand Prix.

In 11 of their 16 seasons together on the grid, either Hamilton or Vettel has become World Champion.

While fierce rivals at one time, their relationship has grown closer in the last few years – with each supporting the other in the campaigns they back regarding social, environmental and equality matters.

“Leaving this sport better than you found it is always the goal. I have no doubt whatever comes next for you will be exciting, meaningful and rewarding.

Seb, it’s been an honour to call you a competitor and an ever greater honour to call you my friend. Leaving this sport better than you found it is always the goal. I have no doubt that whatever comes next for you will be exciting, meaningful, and rewarding. Love you, man. pic.twitter.com/eHVmOpov2m

In 2017, Hamilton and Vettel famously clashed at the Azerbaijan Grand Prix where the German’s Ferrari banged wheels with the Mercedes, which he had run into the back of behind the Safety Car.

The following year, they went head-to-head in the ‘Race to Five’, Hamilton being the one to take a fifth world title, and in subsequent years their connection has progressively strengthened both at and away from the circuit.

The latter comment also applies to a driver at the opposite end of his career, Mick Schumacher, for he has benefited from being mentored by Vettel – who idolised the 23-year-old’s father, Michael, when growing up.

“Thank you for everything you’ve contributed to the sport we both love,” tweeted the Haas driver.

“I can’t wait for our last races together. Thank you, Seb – you’re an inspiration.”

Although he won his four world titles for Red Bull, Vettel spent the same number of seasons – six – with Ferrari before being released from the team at the end of 2020. He won 14 grands prix for the Scuderia.

“It’s been an honour to share so many memories with you in Formula 1,” tweeted Ferrari.

“Looking forward to enjoying the last few races in the paddock.