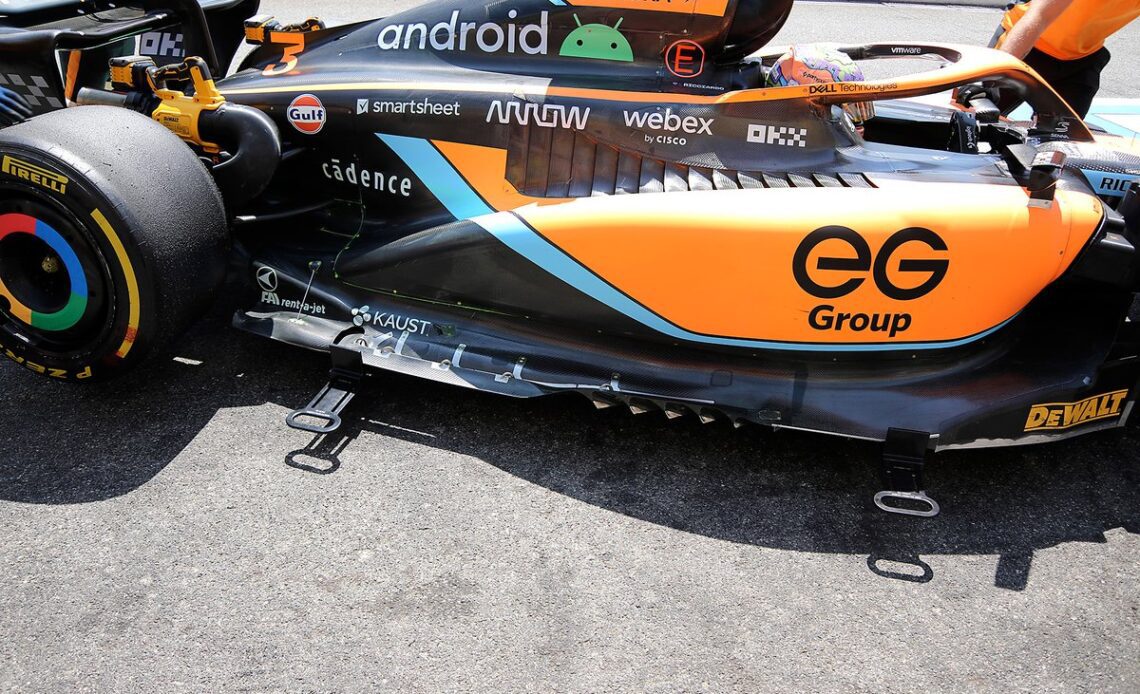 The halo faced considerable opposition during its development stages, but it has now become an accepted part of the sport across multiple single-seater categories.

Key says that can be compared to the current opposition to the FIA’s focus on changing the floor regulations for 2023 in an attempt to stop porpoising.

Several teams have opposed to the currently proposed changes, although McLaren is in the group that has accepted them.

“I’m going to draw perhaps a bit of a strange parallel to the halo here,” said Key. “Halo is obviously a totally different project. And in terms of its magnitude of the safety to drivers, we know it’s very significant.

“But there were lots of naysayers back then, you remember all the comments of It looks terrible, it’s not F1. All this stuff. And it was like, why on earth not? There’s definitely a danger there.

“And now look, a few years later that we’ve had it, how thankful we are where we’ve seen some of the things that have happened on track. This is a different order of magnitude entirely, it’s much lower. But it’s a kind of a similar thing.

“Let’s just go and fix it. I think at the basis of it does have risk, it doesn’t bring anything to the sport. It actually costs money to investigate in a cost cap, which we can do without, it’s a minor consideration, but it’s true.

“Why not just do the sensible thing on safety grounds? Because that’s the main concern. And just ditch it.”

Key said that the sport can’t rely on the teams to solve the issue, and that it’s the responsibility of the FIA to act.

“Obviously, teams are going to work on this, if they’re suffering from it. And some had it real the beginning of the season, for example.

“I think if you imagine you’re the FIA, and you do nothing, and it’s still there in ’23, after turning things around and producing new cars based on a lot more knowledge than we had for ’22, it’s very difficult to simulate and predict porpoising, we kind of recognise there’s ways of getting rid of it.

“But it can come back again quickly if you have certain types of development or increase your downforce. So rather take that risk, I think from the FIA’s point of view, it makes kind of sense to let’s just try and remove the issue entirely, but also show that we’re taking it seriously and doing something about it after the concerns raised by some of the drivers.

“I’m not saying it would be negligent not to, but you’ve got to…