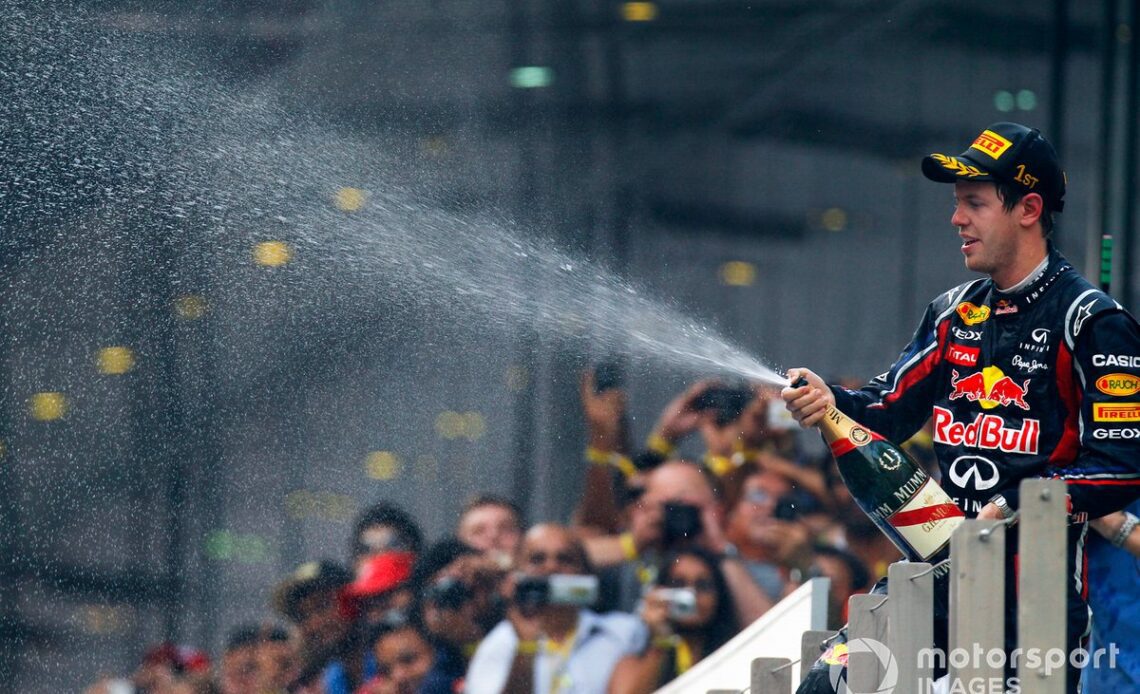 “It was Vettel’s most emphatic performance of the season,” reckoned Autosport after the Red Bull driver took pole, fastest lap, led every lap and victory at the new Buddh circuit.

“It was as perfect a demonstration of the racing driver’s art as he’s ever produced.”

It was typical Red Bull-era Vettel. He made a clean start from pole, drove a superb first lap to stay out of danger, kept everyone out of DRS range, then controlled proceedings.

Only Jenson Button’s McLaren kept him in sight, finishing 8.4 seconds behind. Fernando Alonso’s Ferrari crossed the line 24.3s after the Red Bull.

Even his team couldn’t slow him down at the end, Vettel making sure he secured fastest lap on the final two times by. Rarely has such domination been matched.

Vettel was beaten to pole by teammate Mark Webber, but he grabbed the lead at the start and built a big advantage while the other Red Bull battled to find a way by Nico Rosberg’s Mercedes.

What was particularly impressive was Vettel’s ability to lap rapidly while looking after the fragile Pirellis. “He has just stepped up another notch recently,” said Red Bull boss Christian Horner. “His feel for the tyres while going so quickly is remarkable.”

Vettel also stayed out longer than most of his rivals. “Even as all the other two-stoppers came in and changed, he was going way faster on his very old softs than anyone could conjure from their fresh mediums,” said Autosport.

“He was just in a perfect place, in a zone rare even for him.”

When he did stop he was able to rejoin still in the lead.

Webber underlined the RB9’s pace by overcoming Rosberg for second, but he still finished more than half a minute behind his teammate. “Seb was just on a different planet to the rest of us today,” he admitted. 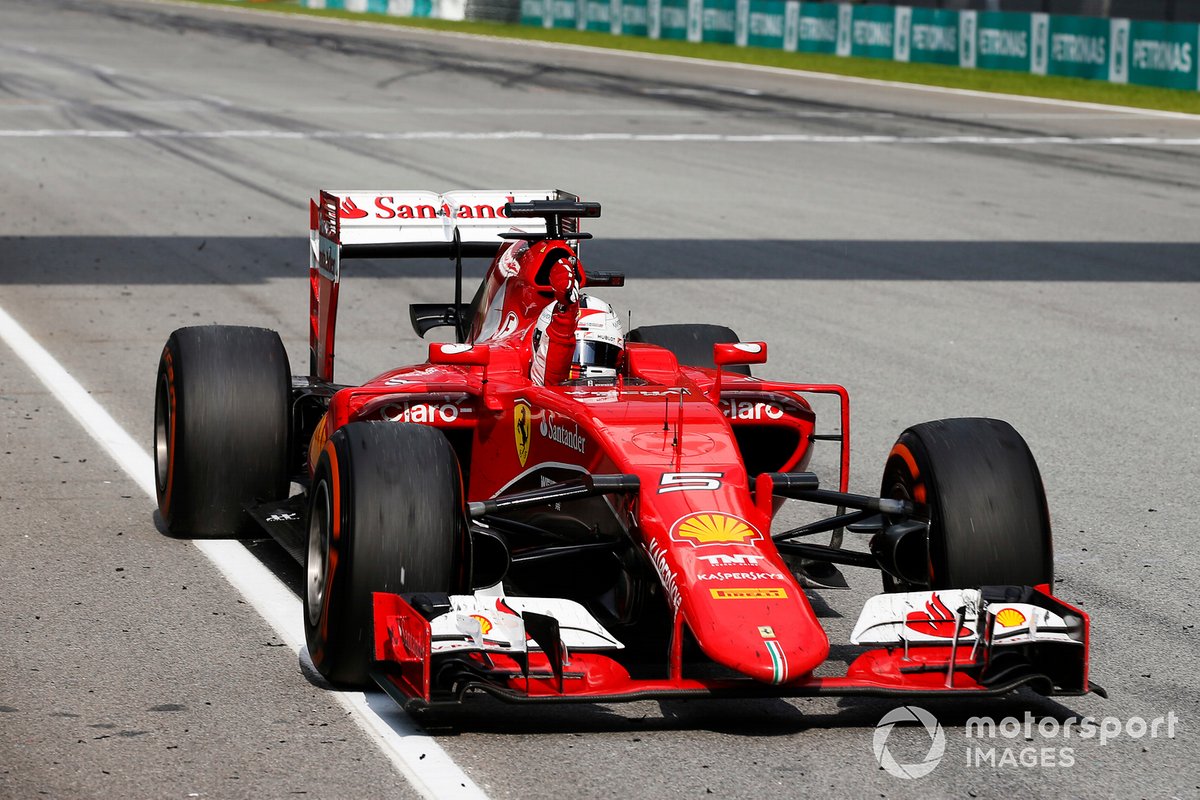 “Ferrari is back” claimed Autosport magazine’s cover as Vettel scored the Italian team’s first win of the turbo hybrid era in only his second race in red.

Vettel had experienced a mediocre year in 2014, his final Red Bull season memorable largely for…