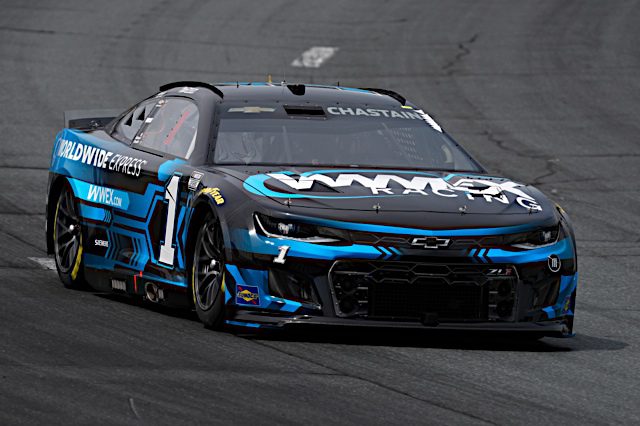 After Denny Hamlin exacted payback on track towards Ross Chastain at Pocono Raceway, should Chastain change his driving style?

Luken Glover: Ross Chastain does not need to alter his driving style. The only thing he needs to adjust is the decision-making process on when to be aggressive. At World Wide Technology Raceway, his aggressiveness happened way too early in several moments. Chastain has always been aggressive, and combine that with a new car that has to be pushed to the limit, there are going to be some mistakes. Over these next five weeks, he needs to seek to gain as much momentum as possible for the playoffs while also trying his best to alleviate tensions with some fellow drivers.

Mike Neff: Chastain’s driving style is fine. His decision-making needs to be changed slightly and he is working on that. He has admitted that himself. His aggressive nature is what has put him in the NASCAR Cup Series. Keeping that style will potentially win him a title. Backing off from that only hurts his chances of that.

Andrew Stoddard: No, he shouldn’t. NASCAR fans are always clamoring for its drivers to show more personality, to stand out from the crowd. Chastain does exactly that with his aggressive driving style and his penchant for smashing watermelons following victories. By allowing Chastain to be himself on and off the track, Justin Marks and TrackHouse Racing Team have reaped the benefits of multiple victories and staggering success in just the team’s second year of existence. Also, the Chastain/Denny Hamlin rivalry has been one of the more compelling storylines in a noteworthy 2022 Cup Series season, a talking point that may not exist if Chastain had a more conservative approach on the track. While incidents like Pocono will happen from time to time, Chastain is better off in the long-term being himself. At the most, he should only make small adjustments and be more selective with his aggression to make the transition from playoff driver to championship contender.

With his series-high four wins and points lead, has Chase Elliott emerged as the NASCAR Cup Series championship favorite, or is it still too early to tell?

Neff: Favorites come and favorites go. Right now Chase Elliott is looking like a strong favorite for the championship. However, once the playoffs get here, someone can get hot and assume that position. With the collective abilities of Hendrick Motorsports behind him, he will most assuredly be in the late running for a…