Ty Gibbs is “enjoying every second” of his NASCAR career 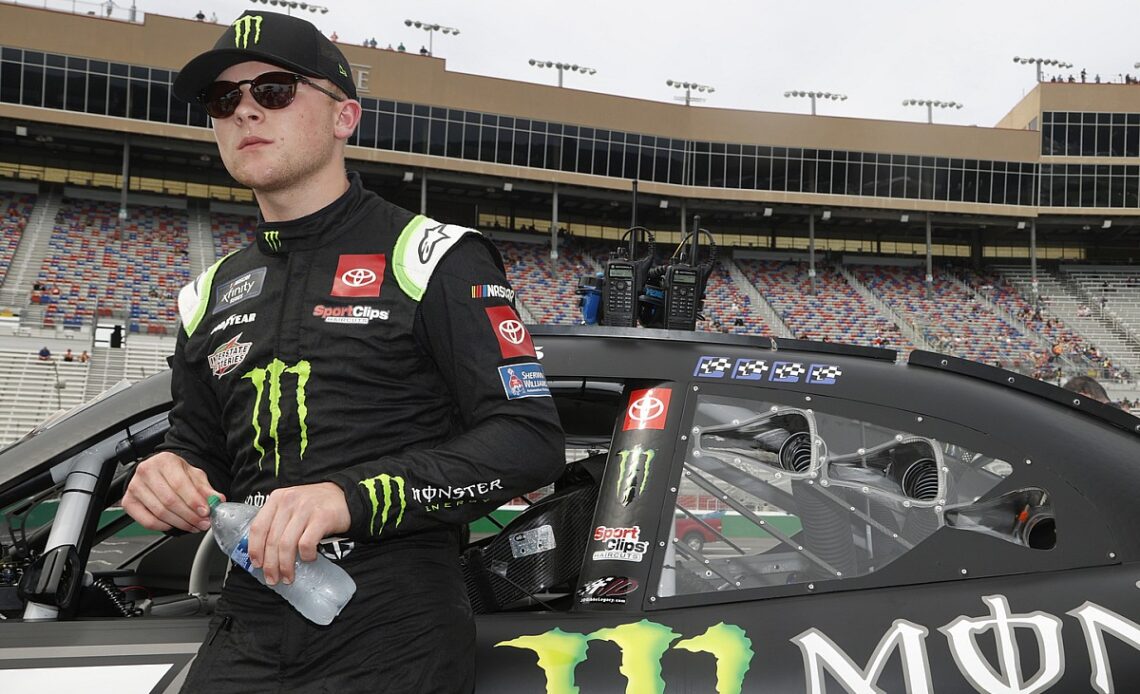 For one, Gibbs is the 19-year-old grandson of Joe Gibbs – elected to both the NFL and NASCAR Hall of Fame – and he drives race cars for the family-owned NASCAR operation.

And second, and perhaps most important, Ty is very good at it.

Ty’s racing career stretches maybe seven years and he has won – and many times dominated – in every series in which he’s competed.

He won 10 of 20 races and the ARCA Menards Series championship last year and made 18 starts in the NASCAR Xfinity Series. While the level of competition in NASCAR was much higher, he promptly went out and won in his series debut. He added three more wins and a pair of runner-up finishes by the end of year.

Running fulltime in the Xfinity Series this season, he’s already matched his four wins from a year ago and is a serious contender for the 2022 championship.

It wasn’t easy. Gibbs’s crew chief in the Xfinity Series, Chris Gayle had to track down the team’s hauler – which had already left Pocono – to grab Gibbs’ helmet, HANS device and any other comfort items he might need for the driver cockpit.

Sunday morning, Gibbs donned a borrowed driver’s suit from Busch and a pair of driving shoes from Hamlin to make his debut.

“My main concern last week was with Kurt and hoping he was going to be OK, but it was really cool to get a call to see if I wanted to drive on Sunday,” Gibbs told Motorsport.com. “I was definitely a little concerned about doing it because it’s a completely different car.

“I wasn’t used to anything with it. It was going to be totally different.”

But as he has so many times already in his motorsports career, Ty surprised with a trouble-free performance.

He had to start the race from the rear of the field due to the driver change and the repairs made to Busch’s No. 45 and elected to lay back early-on as he tried to get a feel for the Next Gen car.

Gibbs remained on the lead lap throughout the race, successfully navigated green-flag pit stops, avoided any on-track incidents and flirted with a top-15 finish before finally settling in at 16th.

“We had great plan. It was basically to sit and ride for the first and second stage so I…