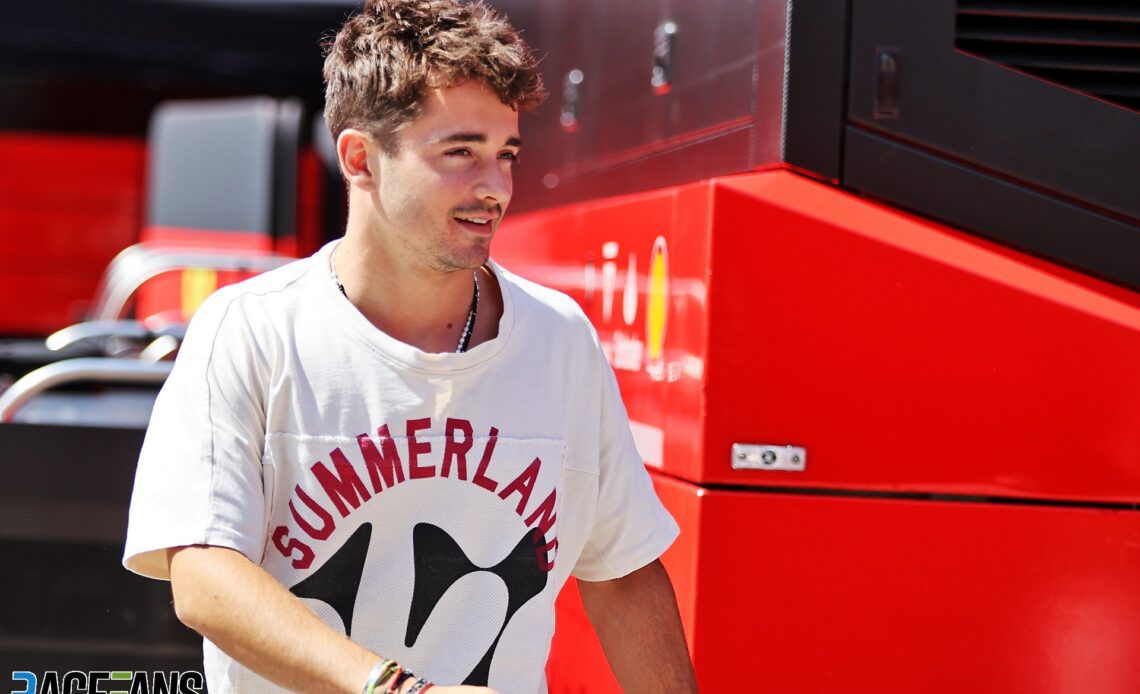 Charles Leclerc says Sebastian Vettel sympathised with him after he crashed out of the lead of last week’s French Grand Prix.

The pair were team mates at Ferrari in 2019 and 2020. They didn’t always enjoy a smooth relationship on-track, particularly during a series of disputes over team orders in the second half of 2019. They collided with each other at Interlagos that year.

However Leclerc said their relationship has improved since. Vettel, who announced today he will retire from F1 at the end of the year, got in touch with his former team mate after his crash at Paul Ricard last week.

“Our relationship evolved throughout the years,” Leclerc told RaceFans and other media at Hungaroring today. “I arrived the first year and I was obviously super-impressed and I think I was probably very weird to him because I was shy and didn’t know what to say when I was with him.

“But now he’s a friend and he always texts me, like he did after Sunday, and always tried to make me feel better whenever I’m going through a tough time. So it’s nice to see how much we’ve grown since I first met him.”

Other drivers also sent messages of sympathy, Leclerc added. “A few of them did. Mostly the most experienced ones.”

Vettel’s departure from F1 is “sad for me”, said Leclerc. “Maybe for him he’s much happier in the place he’s going now. But obviously it’s going to be strange to not see Seb inside the paddock. I’ve learnt so much driving with him and he’s always been super-nice with me.”

Leclerc said he’s moved on from his crash in France, which left him trailling championship rival Max Verstappen by 63 points with 10 races remaining.

“At the end there’s nothing that will help me dwelling on my mistake or staying in the past on that mistake. I did that mistake, it cost me lots of points. I’m aware of it, and that’s it.

“Now I just need to move on, focus 100% for this weekend, try to do the best possible, try to win this race and then I’m sure it will go well.”

The crash occured after Verstappen had made his first pit stop. Leclerc said his rival had moved onto a less preferential strategy and the pressure on him had lessened when he went off.

“The real pressure I had before that, when Max was really behind,” he said. “Then at that point Max had already moved to a non-optimal strategy. So I just had to push and focus on my own race, which I was doing.