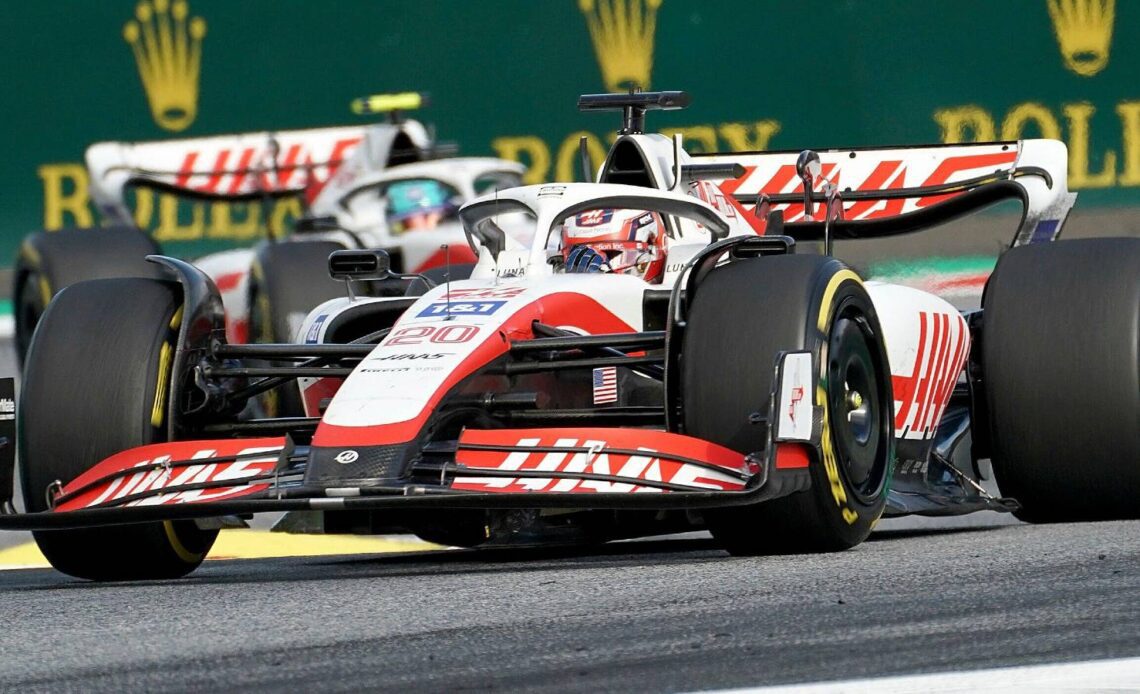 Having not brought an upgrade all season, Haas have fitted seven to their car ahead of the Hungarian Grand Prix.

Haas exploded out of the gate and, having been perennial back-markers in 2021, they started the season with a P5 finish for the returning Kevin Magnussen.

But the car that produced that remarkable performance is pretty much the same one that raced last time out at the Paul Ricard circuit.

Haas have long said upgrades are on their way and the day has come with a bumper package introduced for the final race before the summer break.

Here is a rundown of all the teams and what upgrades they have brought to Budapest.

Just one update from Alfa with a redesigned floor featuring updated elements and a reprofiled main body which will generate more downforce while only marginally increasing drag.

AlphaTauri also have just the one upgrade which comes on the rear wing with its revised tip geometry to provide better performance specific to the Hungaroring.

Alpine have revised their beam wing in the hope it will reduce drag with “very little” loss of downforce compared to the one used from the Spanish Grand Prix to the Monaco Grand Prix.

With the challenges of the Hungaroring in mind, Aston Martin have fitted their maximum downforce wing which they say will suit the low efficiency circuit characteristics by increasing rear wing load.

No upgrades for Ferrari this weekend.

The much anticipated Haas upgrades have arrived as the team has fitted seven new parts but only to Kevin Magnussen’s car.

There has been substantial work done to the floor with changes to the body, fences and edge. The main underbody and diffuser have changed to increase downforce after the team said they had gained a better interpretation of the 2022 regulations.

All the floor fences have been optimised for better air flow while the floor edge has been changed geometrically to better condition the edge flows which interact with the updated body.

The coke shape and engine cover has been changed to bring greater diffusion on the top deck and smoother transition between the pod front and coke sidewall. At the rear, an additional cooling exit has been introduced around the rear suspension legs. This will help to better manage air flow.

The new coke shape has had a…