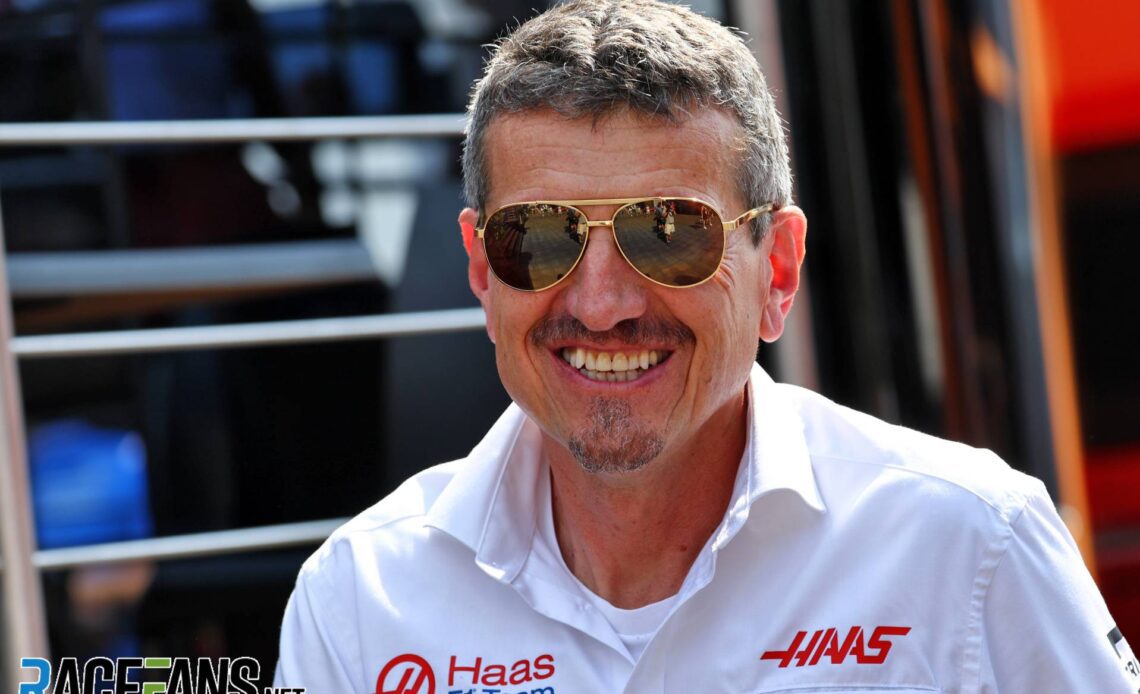 Haas has drawn inspiration from Ferrari for the major upgrade it has introduced to its VF-22 this weekend.

The team confirmed in documents supplied to the FIA it has brought a new floor, engine cover, cooling bodywork, rear suspension and other changes for this weekend. The new parts will be run on Kevin Magnussen’s car only.

Team principal Guenther Steiner admitted the team had taken inspiration for its upgrade from Ferrari’s design for its F1-75. “There are three concepts out there,” he explained. “There’s the Ferrari concept, the Red Bull concept and the Mercedes concept. In whole, the three big ones.

“We are closer to the Ferrari, so obviously we’re going to see what Ferrari has done and copy that one. But that took a little bit of time because they had to launch their car and do races and then we had to go into the wind tunnel to do testing looking at that car.”

Adopting Ferrari’s design philosophy was an obvious choice for Haas as it uses Ferrari’s power unit, gearbox and other components. “Obviously if you’ve got the same concept as Ferrari, you’re not going to copy the Williams, you know? You copy something which is similar.”

Haas’s update comes after the majority of teams have already introduced major changes to their cars. Steiner said the team took their time in order to ensure the upgrade proved a step forwards, having made a stronger than expected start to 2022.

“It takes a little bit longer, because you want to first see what the other ones do – what works, what doesn’t work. We took ourselves a little bit of time, because I said that I think we are in a pretty good place for where we maybe are supposed to be.

“We didn’t expect to come out this strong in the beginning. So let’s try to gain as much as possible and let’s look at what is out there and try to see which direction we can go in.”

Most of their rival teams have brought revisions to the rear of their cars for the high-downforce requirements of the Hungaroring. However Ferrari and Williams have brought no updates this weekend.

Description: “The slat helps control the flow over the halo ensuring the flow remains attached -improving flow to the rear of the car.”