Why Is Nobody Talking About AJ Allmendinger For Cup Rides? 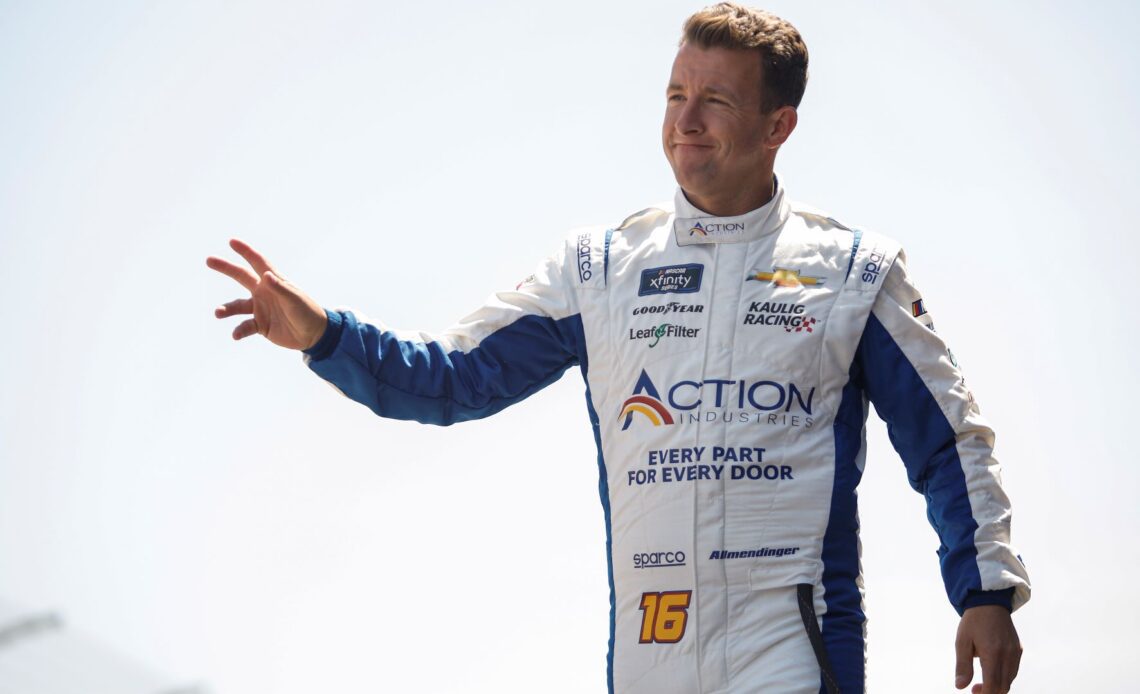 Those teams aren’t considering him for a full-time return because, for better or worse, AJ Allmendinger is a known quantity.

The Xfinity Series renaissance of Allmendinger has been one of the best feel-good stories in recent NASCAR memory. Here’s a guy who came to the Cup Series with Red Bull Racing as part of the open-wheel invasion of 2007, made a steady, if not flashy career at stock car racing’s highest level, and then returned from a drug suspension with his reputation intact and matured into one of NASCAR’s great underdog road racers before losing out on Silly Season musical chairs in 2018.

Kaulig Racing’s choice to bring him in as a road course ringer for its then up-and-coming Xfinity program has paid off several times over. To date, Allmendinger is the only driver to win a non-restrictor-plate race for Kaulig. In fact, he’s won 11 of them, including the organization’s first Cup win in the inaugural Indianapolis Motor Speedway road course race in the series.

He flew all across the country this past weekend and still gave us everything he had every lap. He’s made us so much better as a team just about everywhere and Im so happy to call him family! 🙌 pic.twitter.com/p43W138uHc

Allmendinger is one of the strongest drivers in the Xfinity field and the face of Kaulig, and his expanded Cup schedule in 2022 saw him almost win again at Circuit of the Americas. He’s sure to be a factor when the series returns to the Indy road course this weekend.

Allmendinger has decades of statistics that teams can look at to evaluate his potential as a driver. He’s strong on road courses, a sleeper at Martinsville Speedway and an aggressive mid-pack performer everywhere else. He’s certainly good enough to have jumped right in to an elder statesman role for the Xfinity Series, where up-and-coming hotshots can use him as a yardstick to show off their talents to the world.

The problem is, more often than not, dependable mid-pack driver isn’t what teams are looking for….