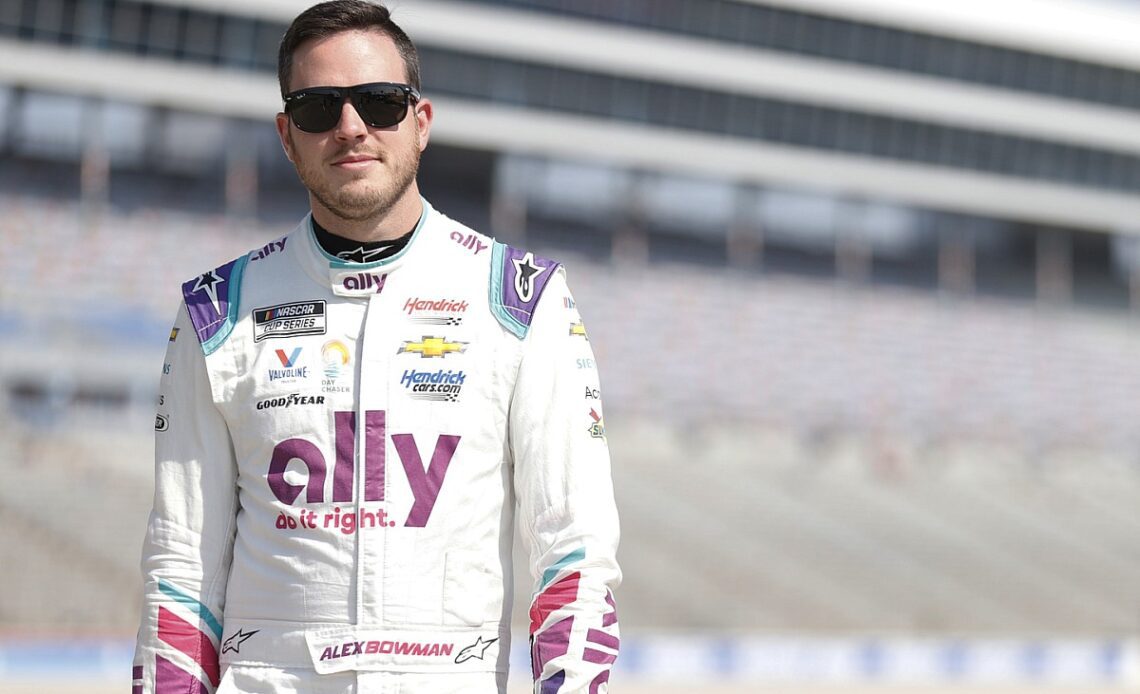 In a statement, Hendrick Motorsports on Thursday afternoon announced Bowman would sit out Sunday’s playoff race at Talladega (Ala.) Superspeedway “after experiencing concussion-like symptoms following an accident in the Sept. 25 event at Texas Motor Speedway.”

The HMS statement said Bowman, 29, was evaluated by doctors Thursday in Charlotte, N.C.

Bowman joins Kurt Busch as the second driver sidelined from competition this season due to a concussion. Busch was injured in a wreck during qualifying July 23 at Pocono Raceway and has yet to return to action.

Bowman spun and hit the wall off Turn 4 on Lap 97 of 334 in Sunday’s race at Texas. After repairs were made to his No. 48 Chevrolet on pit road, he returned to the track, completed the race and finished 29th.

Hendrick said that leading Xfinity Series title contender Noah Gragson will fill in for Bowman in this weekend’s race. Gragson, who has won a series record-tying four straight races, won the Xfinity Series race at the track in April.

Entering this weekend’s race, Bowman was already last among the 12 remaining playoff drivers in points and in danger of elimination. After Talladega, only next weekend’s race on the Charlotte Roval remains in the second round.