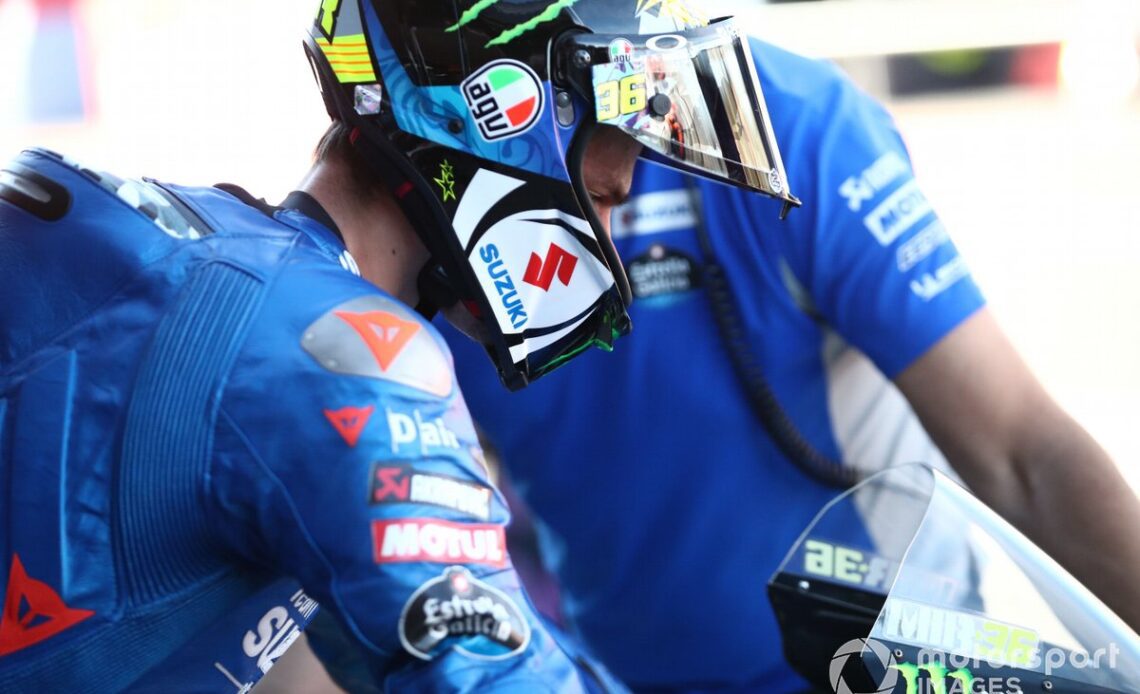 On Friday at the Valencia Grand Prix, MotoGP held a press conference to announce that 1982 500c world champion Uncini would be retiring from his role as official safety officer at the end of this season.

His place will be taken by Bartolome Alfonso Ezpeleta, nephew to Dorna Sports CEO Carmelo Ezpeleta and formerly head of the Aragon and Losail circuits, and who is currently spearheading the circuit in Kazakhstan set to host a grand prix in 2023.

The Ezpeleta reach in MotoGP extends to various key aspects of the championship, with Carmelo’s son Carlos Ezpeleta a key figure in race direction on top of his role as Chief Sporting Officer, while daughter Ana heads Dorna’s talent cup programmes.

The new safety officer’s appointment has sparked a debate in the paddock over whether the reach of Dorna in the series has grown too much.

However, many riders when asked about it pleaded to allow Ezpeleta to be given time to settle into his role and prove himself.

“It’s difficult to say something,” 2020 world champion Joan Mir said when asked about it. I mean, what can I say? We will judge when we understand the type of work he does.

“At the moment we can’t judge.”

When asked if a rider should have the role of safety officer, Aprilia’s Aleix Espargaro says this is not always a good solution, and believes Ezpeleta will bring a fresh perspective on circuit safety to the paddock given his background – though conceded that the involvement of another of his namesake doesn’t “sound professional”.

“I know Tome,” Espargaro said. “He lives in Andorra and I know him from a long time. He’s working in terms of safety and discovering new tracks, so he has some experience on this.

“We already have Loris [Capirossi], who is very intelligent and has been a rider.

“But maybe some other people with some more experience on safety that travel around the world can give us another point of view.

“I know for you guys, the surname sounds not professional. But let’s give him some time. I know him and I like him, his job in the past was not bad.”