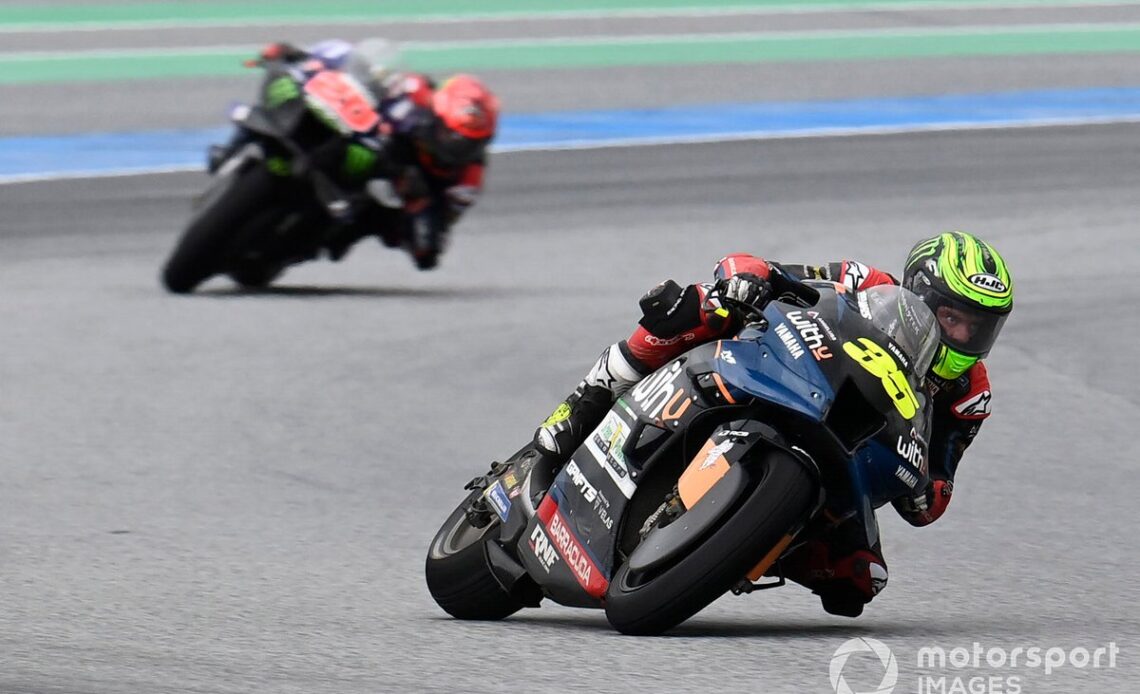 Quartararo’s title defence ended in last weekend’s Valencia Grand Prix with Ducati’s Francesco Bagnaia taking the world championship away from him after the Italian finished the race ninth while his rival was only fourth.

Bagnaia has won seven races in 2022 compared to Quartararo’s three and scored five poles to the Yamaha rider’s one, with the former overturning a 91-point deficit after June’s German GP to win the title.

But Quartararo is the only Yamaha rider to have scored a podium in 2022, with the total combined points haul of Franco Morbidelli, Cal Crutchlow, Andrea Dovizioso and Darryn Binder 186 shy of the Frenchman’s total.

Crutchlow, having tested the Yamaha all year before racing the last six rounds with RNF, says his opinion that Quartararo is the best on the grid is based on his own experiences of the M1 and knowing that “to even think if grabbing some points with that bike is difficult”.

“Yeah, and I’m not saying this because I ride for him or anything like that,” Crutchlow said when asked by Motorsport.com in Valencia if he thought Quartararo ended 2022 as the top rider.

“But I know what he’s riding, and he is the best rider on the grid at the minute because I don’t believe anybody else in that grid can do what he’s doing with that bike.

“That’s the simple fact. So, take nothing away from Pecco, because he rode a fantastic championship, he did a great job, so did Ducati. And he’s a great rider.

“I’m not saying Fabio is better than him. I think what Fabio has done is very, very good and it’s difficult what he’s done.

“Honestly, to even think of grabbing some points with that bike is difficult. So, to do what he has done is incredible and we need to fix it for next year.”

In an exclusive interview with Motorsport.com in Valencia, Crutchlow likened Quartararo to six-time MotoGP world champion Marc Marquez, noting that both have “a special effect” on their rivals and their teams.